Video footage showed the boy stoically waiting to be rescued from the pit. He could be seen sitting patiently in a gritty display of courage and resistance. 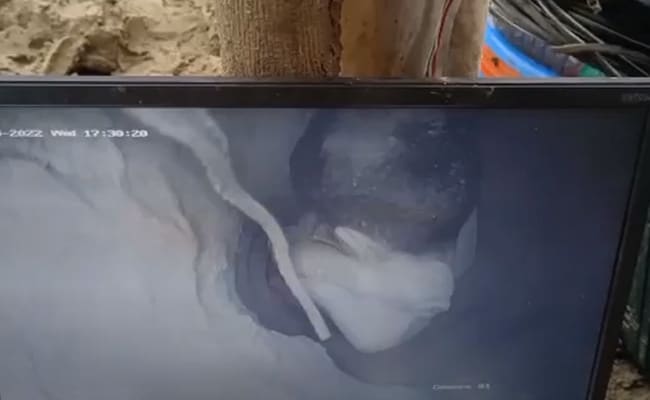 The boy, Dipendra Yadav, a resident of Patharpur village, fell into the borewell while playing.

A five-year-old boy was rescued today, nearly 10 hours later, after he fell into a 40-feet borewell in Madhya Pradesh's Chhatarpur district, officials said.
The incident took place at the village of Narayanpura Patharpur near the district headquarters.

Video footage showed the boy stoically waiting to be rescued from the pit. He could be seen sitting patiently in a gritty display of courage and resistance.

The district administration had lowered a camera and oxygen pipe in the borewell and the child's movements could be seen in the footage, Chattarpur's Collector Sandeep J R said.

The rescue team had dug a parallel pit up to the depth of 25 feet and connected the borewell with a tunnel to reach the child, Madhya Pradesh's Additional Chief Secretary, Home, Dr Rajesh Rajora said.

"The borewell is in the agricultural land belonging to the child's father," Chhatarpur Superintendent of Police Sachin Sharma said.

The boy, Dipendra Yadav, is a resident of Patharpur village of Orchha Road police station area. He had gone to the field on an excursion with his family; he fell into the borewell while playing. The district administration and rescue teams were on the spot to aid in the rescue effort.

Chief Minister Shivraj Singh Chouhan spoke to the boy's mother on the phone.

The chief minister had directed the chief secretary, his principal secretary and the collector of Chhatarpur to take all necessary steps to rescue the child, an official said.

A large number of people gathered near the site and police had to circle off the area to keep them away.

10 Children Fall Off Escalator In Hyderabad Mall Ahead Of Movie, Injured