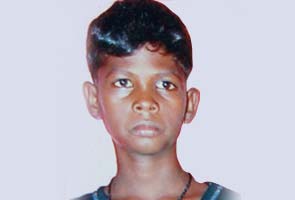 Chennai: A week after a 13-year-old boy was shot dead inside an Army residential complex in Chennai, sources have told NDTV there has been a breakthrough in the case.

Army sources have told NDTV that a retired officer has been taken into police custody this evening. The retired officer, who was staying in the officer's block opposite to the place of the incident, was handed over to police for questioning yesterday.

Dilshan, a Chennai teenager, was killed by a bullet while picking almonds, with his friends, inside the Island Grounds Army Residential complex in Chennai on Sunday.

The CB-CID, which is investigating the case, on Thursday, confirmed the use of a rifle in the murder. It also interrogated a few Army officers including a Lt Colonel in connection with the case.

Earlier, Chief Minister Jayalalithaa blamed the Army for the death of the teen.

"It is quite clear that someone from within the army enclave shot at the boy and killed him," the Chief Minister said.

Promoted
Listen to the latest songs, only on JioSaavn.com
Army Chief General V K Singh had promised strong action against anybody found guilty but said the entire force should not be defamed if any individual is suspected.

"Whoever has committed any mistake in the incident - be it an officer or a jawan - strong action will be taken against him," Singh had said.