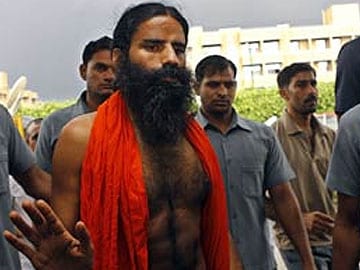 Dehradun: A special CBI court here has framed charges against yoga guru Ramdev's close aide Balkrishna for obtaining a passport on the basis of fake documents.

Designated CBI judge Pritu Sharma framed charges against Balkrishna and co-accused Naresh Chandra Dwiwedi under different sections of the Indian Penal Code including cheating and forgery after the duo made an appearance in her court in Dehradun yesterday.

December 5 was set as the next date of hearing in the case when the prosecution will start producing witnesses, CBI counsel Shobhit Singh said.

Promoted
Listen to the latest songs, only on JioSaavn.com
Dwivedi was principal of a Sanskrit college at Khurja in Uttar Pradesh and allegedly issued fake certificates to Balkrishna which the latter used to obtain a passport from Bareilly passport office.

Both Balkrishna and Dwiwedi are out on bail in the case since August last year.
Comments
Ramdev