Chandrayaan 2: India's Moon mission is scheduled to land on the lunar soil in less than an hour.

The Chandrayaan 2 Moon mission will land on the lunar surface in less than an hour, as India looks to create history by becoming the first nation to reach closest to the Moon's south pole. Prime Minister Narendra Modi is in Bengaluru along with nearly 70 school children to watch the historic landing live from the space agency's control room.

The Moon lander Vikram that separated from its orbiting mothership has already performed two manoeuvres to lower its altitude for a perfect touchdown between 1:30 am and 2:30 am on Saturday.

The rover Pragyan will roll out from the Moon lander between 5:30 am and 6:30 am, the Indian Space Research Organisation (ISRO) said. It will carry out research, including a thorough mapping of the Moon's resources, looking for the presence of water and clicking high-resolution images as well.

The space agency's Chairman K Sivan has called Chandrayaan 2 the "most complex mission ever undertaken by ISRO". "We're going to land at a place where no one else has gone before. We're confident about the soft landing. We're waiting for tonight," Mr Sivan told news agency ANI.

Watch this video to find out more about Vikram - Chandrayaan 2's Lander - and the different stages of its journey to the Moon's south polar region! https://t.co/2qBLe0T710#ISRO#Moonmission#Chandrayaan2

The region where the lander Vikram is heading on the Moon is largely unexplored - most lunar landings have taken place in the northern hemisphere or in the equatorial region.

The success of the Chandrayaan 2 mission will make India the fourth country after the US, Russia and China to pull off a soft landing on the Moon. 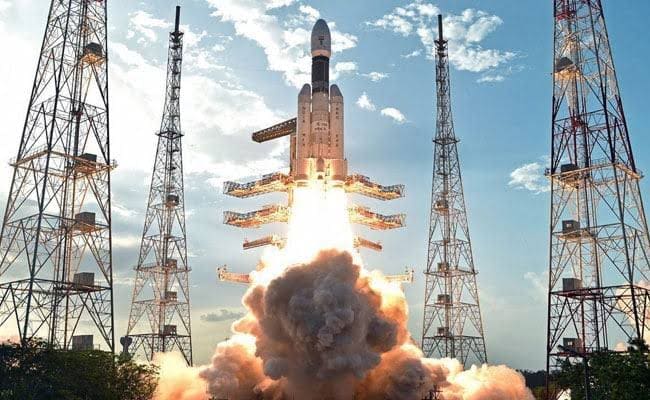 The lander Vikram and rover Pragyan's lifespan is 14 days. After that there will be another 14 days of darkness on the area of the Moon where they are, and the temperature could dip to minus 170 degree Celsius. The Chandrayaan 2 orbiter's lifespan is estimated at one year, but it may keep working longer.

ISRO says other nations are also investing resources to reach the Moon's south pole. The Moon's craters in the south pole have been untouched by sunlight for billions of years - offering an undisturbed record of the solar system's origins. Its permanently shadowed craters are estimated to hold nearly 100 million tons of water.

The Chandrayaan 2 lifted off from its launch pad at Andhra Pradesh's Sriharikota on July 23 on board the giant heavy-lift rocket GSLV Mark 3. India's space scientists had a narrow one-minute window for their second attempt at launching the Moon mission, a week after the mission was aborted 56 minutes before lift-off.

The GSLV Mark 3 - ISRO's largest and most powerful rocket - is 44 metres long or as tall as a 15-storey building.

Considering ISRO's budget is less than 1/20th of USA's NASA, a success story for the Rs 1,000-crore Moon mission, which cost less than Hollywood blockbuster 'Avengers: Endgame', would be a giant boost for India's space plans.