Chandrayaan 2 Orbiter May Have 7 Times Longer Life Than Planned: ISRO

ISRO says the "precise launch and mission management" has helped in the extension of the orbiter's life. 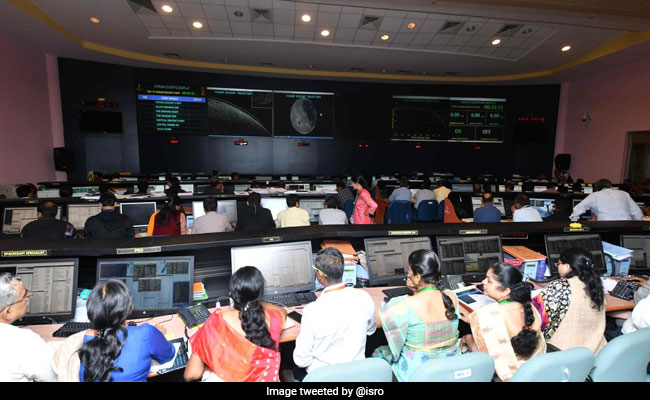 Vikram's descent was as planned and normal performance was observed up to an altitude of 2.1 km

Despite the heartbreak of losing communication with the Chandrayaan 2 lander "Vikram", there is some good news. The Chandrayaan 2 orbiter, which is successfully circling the Moon, could now last for seven years instead of the previous estimate of just 12 months, the Indian Space Research Organisation (ISRO) has said.

ISRO said that "precise launch and mission management" helped extend the orbiter's life. This can be credited to the accuracy with which the GSLV Mk-3 injected the Chandrayaan 2 satellite into the Earth's orbit from Sriharikota on July 22, it added.

The GSLV Mk-3 rocket had put the 3.8-tonne satellite into an elliptical orbit around the Earth in its third consecutive successful flight.

The camera used in the orbiter has the highest resolution for any lunar mission, the agency said, adding the images will be "immensely useful to the global scientific community."

The statement concluded with a optimistic message from ISRO saying 90 to 95 per cent of the mission objectives have been accomplished and will "continue to contribute to Lunar science."

On the Vikram lander losing its communication link 2.1 km above the lunar surface, ISRO says, "The Vikram Lander followed the planned descent trajectory from its orbit of 35 km to just below 2 km above the surface. All the systems and sensors of the Lander functioned excellently until this point and proved many new technologies such as variable thrust propulsion technology used in the Lander."

After weeks of anticipation, ISRO's plan to soft-land Chandrayaan 2's lander Vikram on the Moon's surface did not go as per script early this morning, with the lander losing communication with ground stations during its final descent, seconds before it was supposed to touch down on the moon's surface.

Vikram's descent was as planned and normal performance was observed up to an altitude of 2.1 km, the space agency said. Subsequently, communication from the lander to the ground stations was lost, ISRO said, adding that data was being analysed.