As Project Director of an inter-planetary mission, M Vanitha, a 32-year ISRO veteran and graduate of Chennai's College of Engineering, is responsible for the entire Chandrayaan project 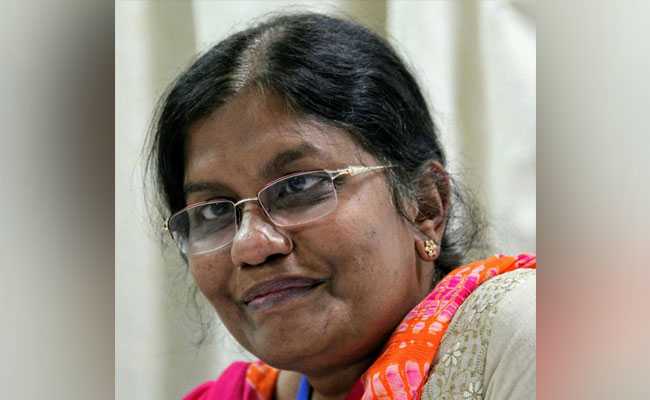 Chandrayaan 2: M Vanitha is the first woman to become Project Director of an inter-planetary ISRO mission

Chandrayaan 2, India's most ambitious space mission yet, had hoped to make history at around 1.55 am on Saturday, when lunar lander Vikram was scheduled to soft land near the south pole of the moon. Only three other countries - the United States, Russia and China - have managed this feat, meaning India would have joined an elite international club.

Although the feat has eluded ISRO and India, for now, an equally noteworthy fact is that the Rs 1,000-crore Chandrayaan 2 project is being led by a woman, Muthayya Vanitha, for the first time in the history of the Indian Space Research Organisation (ISRO).

As Project Director of an inter-planetary mission, M Vanitha, a 32-year ISRO veteran, is responsible for the entire Chandrayaan project.

A graduate of the College of Engineering in Chennai, M Vanitha's classmates have planned a function to honour her achievement.

"We would like to hold a small felicitation function to honour Vanitha. We are all proud of her," Jawahar Sabapathy, a classmate who now works with a US-based software company, told news agency IANS.

The function is being scheduled for October.

"Vanitha was a very generous minded person... being very conscientious by nature, she would be one of the first to finish assignments. Her math skills were always so good," Raji Sabapathy, her college roommate, added

"We were all thrilled on hearing the news. We knew she was with ISRO. But the news that she is leading the nation's prestigious mission was something that great," C Natesan, who is now Managing Director at Precision Motors said.

Speaking to NDTV in July, after the successful launch of Chandrayaan 2 from Sriharikota in Andhra Pradesh, M Vanitha reminisced on her rise through the ISRO ranks.

"I joined here as junior most engineer. So I worked in the lab, testing carts, making hardware, designing developing and then reached a managerial position," she said.

Considering ISRO's budget is less than 1/20th of American space agency NASA, a success story for the Rs 1,000-crore moon mission, which cost less than Hollywood blockbuster 'Avengers: Endgame', would be a giant boost for India's space plans.