ISRO Chairman K Sivan was addressing the scientists at the Mission Control Centre after the successful launch of the communication satellite GSAT-6A onboard Geosynchronous rocket GSLV-F08 from the spaceport. 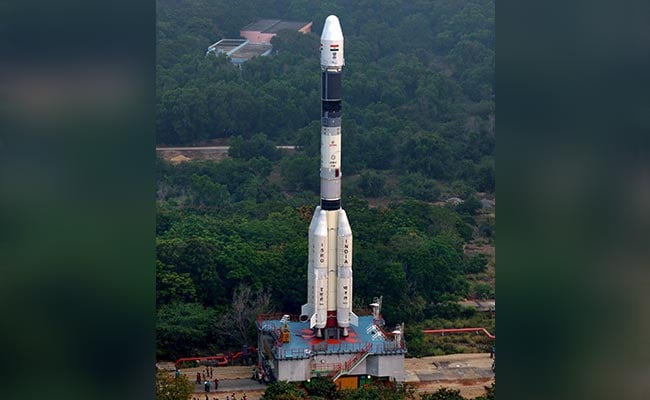 Sriharikota: ISRO has lined up a host of "very high profile missions," including Chandrayaan-2 and demonstration of human space programme this year, the space agency's chairman K Sivan said today.

"Lot of work is in front of you (scientists). Definitely you will be doing it. I do not have any doubt on that... the missions we are planning this year, all 10 missions are very high profile missions," Mr Sivan said.

Mr Sivan was addressing the scientists at the Mission Control Centre after the successful launch of the communication satellite GSAT-6A onboard Geosynchronous rocket GSLV-F08 from the spaceport.

Listing the missions, he said "Chandrayaan-2 is going to land on Moon and rover will be roving on the Moon."

"We are going to have one demonstration of human space programme technology development also (this year)," he said.

ISRO had said recently that the launch of India's second lunar mission Chandrayaan-2, slated for next month, has been put off to October as some tests have been suggested by experts.

Mr Sivan said ISRO would also launch a couple of remote sensing satellites including IRNSS-1I over the next few weeks.

Promoted
Listen to the latest songs, only on JioSaavn.com
GSLV-FO8 Mission Director Mohan said today's successful launch was a very significant milestone in GSLV programme as the new technologies would lead to enhancement of payload to more than 2.5 tonnes in near future.

"The thrust uprightment of the second stage and full utilisation of cryostage propellant are two significant technologies demonstrated today," he said.