The Telugu Desam Party (TDP), led by Chandrababu Naidu, had quit the BJP-led NDA last year over what its chief described as "injustice" done to Andhra Pradesh after its bifurcation 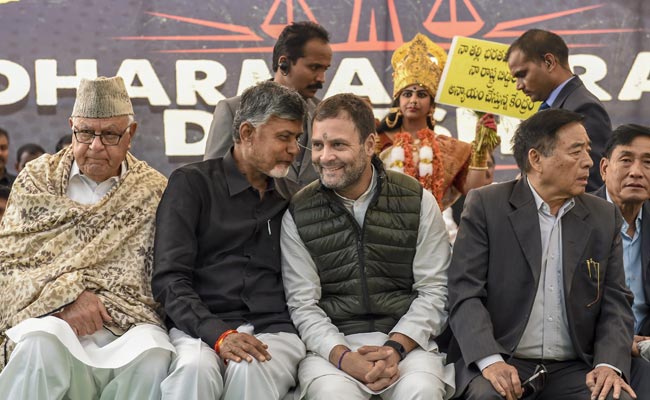 Chandrababu Naidu began his day-long fast at the Andhra Bhavan on Monday morning.

Andhra Pradesh Chief Minister N Chandrababu Naidu began a day-long hunger strike in New Delhi this morning to demand special status for the state and urge the centre to fulfil promises made when Telangana was carved out of Andhra Pradesh in 2014. The protest comes just a day after PM Modi held a rally in Andhra Pradesh, roasting Mr Naidu for allegedly wasting public money on political campaigns.

He ended the day-long fast by drinking a glass of water offered by former prime minister HD Deve Gowda.

"(Former PM) Atal Bihari Vajpayee said ''Raj Dharma'' was not followed in Gujarat (during the 2002 riots). Now, "Raj Dharma" is not being followed in the case of Andhra Pradesh. We have been denied what is rightfully ours. If you don't get it done, we know how to get it done," the 68-year-old Chief Minister said. Former Prime Minister Atal Bihari Vajpayee had referred to "Raj Dharma" to remind then Gujarat Chief Minister Narendra Modi of his duty during the 2002 Gujarat riots.

The Telugu Desam Party (TDP), led by Mr Naidu, had quit the BJP-led National Democratic Alliance or NDA last year over what its chief described as "injustice" done to Andhra Pradesh after its bifurcation. Mr Naidu accused the Narendra Modi government of going back on a long-awaited promise of special state status for Andhra Pradesh which would grant it a greater share of funds. 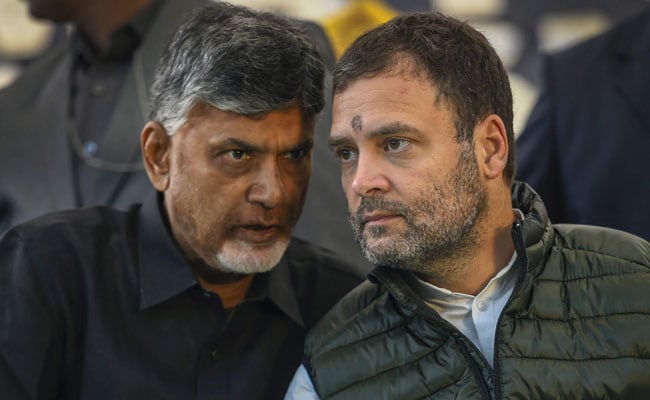 Chandrababu Naidu said the hunger strike was organised to ask PM Modi why he had not kept his word on Andhra Pradesh.

Prime Minister Narendra Modi, however, had claimed on Sunday that he had gone far beyond offering the special status to Andhra Pradesh. "As Chandrababu Naidu couldn't develop the state nor give accounts for his expenditure, he is cooking up lies," he said.

The TDP chief began the ''Dharma Porata Deeksha'' (a day-long protest for justice) at the Andhra Pradesh Bhavan around 8:30 am after paying respects to the Mahatma Gandhi memorial at Rajghat. Congress chief Rahul Gandhi and National Conference leader Farooq Abdullah were among prominent opposition leaders who joined Mr Naidu at the protest.

"Wherever the PM goes, he lies. He goes to Andhra he lied, he goes to northeast, he lies. He has absolutely no credibility left. PM Modi has stolen from the people of Andhra Pradesh," Mr Gandhi said.

The Chief Minister will also submit a memorandum to President Ram Nath Kovind on Tuesday, an official statement said.

Last year, the chief minister had observed a fast in Vijayawada on his birthday on April 20 demanding special status for the state.

After quitting the NDA in March last year, the TDP had also moved a ''no-confidence motion'' in the Monsoon session of parliament in July, which was defeated.

Over five years ago, Chandrababu Naidu had launched an indefinite fast at the Andhra Pradesh Bhavan. If a separate state was to be carved out then both should get equal justice, he had demanded. He was forcibly taken to Ram Manohar Lohia Hospital on the fifth day after his health deteriorated.