"This is the first time that this government is making a public appeal to the ULFA(I) for dialogue. If they are willing for negotiations, the Centre will reciprocate with equal strength and willingness for ushering in permanent peace in Assam and the Northeast," Himanta Biswa Sarma said. 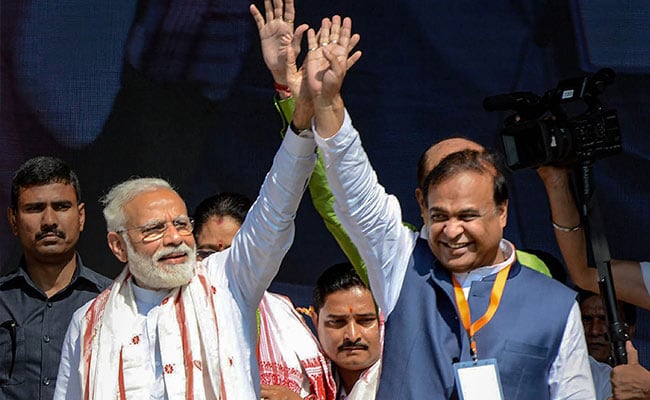 A day after the Bodo Peace Accord was signed, senior Assam minister Himanta Biswa Sarma today extended an olive branch to the anti-talk ULFA (Independent) faction, appealing to its leader Paresh Barua to come to the negotiating table for the sake of "permanent peace in the Northeast".

Mr Sarma, also the North East Democratic Alliance (NEDA) convenor, told reporters that Union Home Minister Amit Shah had clearly said on Monday that if the ULFA(I) faction is ready for negotiations, then "the Centre is more than willing to hold talks with them."

"This is the first time that this government is making a public appeal to the ULFA(I) for dialogue. If they are willing for negotiations, the Centre will reciprocate with equal strength and willingness for ushering in permanent peace in Assam and the Northeast," he said.

The state education minister, referring to the Bodo pact, said that a "historic Accord" was signed on Monday with all the factions of the National Democratic Front of Boroland (NDFB), once one of the most dreaded insurgent outfits in the region.

"In this context, I would like to request Barua and his anti-talk faction to consider engaging in a productive dialogue. The Centre and the state government want peace in the region," he said.

Most of the militant outfits in the northeastern states, barring some in Assam and Manipur, are holding talks but "if we want peace in the region, it should be inclusive by involving all the factions and the outfits," he said.

"Some militant activities have been reported only in Assam and Manipur. So, we are requesting them (insurgents) to join the mainstream and hold discussions with the Centre for durable peace," Mr Sarma said.

He also appealed to all the people of the state to urge ULFA(I) to come forward for dialogue.

"The pro-talk faction of ULFA, led by Arabinda Rajkhowa, is already engaging in dialogue with the Centre and this will continue but for permanent peace to prevail, it is necessary that all outfits and their factions come to the negotiating table," Mr Sarma said.

He said that though the two earlier Bodo accords were signed, they did not bring peace in the Bodoland Territorial Administrative Districts (BTAD) as the NDFB was not involved in the previous talks. "But this time, all the four factions participated in the negotiations and a historic Accord was signed which will usher in permanent peace and progress in BTAD," Mr Sarma said.

The first Bodo accord was signed with the All Bodo Students' Union (ABSU) in 1993, leading to the creation of a Bodoland Autonomous Council with limited political powers.

In 2003, the second Bodo accord was signed with the militant outfit Bodo Liberation Tigers, leading to the formation of Bodo Territorial Council with the four districts, terming them together as BTAD.

Referring to the fate of the cases against NDFB cadres, the minister said, "Law will take its own course".

"The Accord clearly states that the Centre and the state government can review cases pertaining to non-heinous crimes on a case-to-case basis but there is no mention about cases regarding heinous crimes," he added.