The move comes on a day the JNU students have planned a protest march to Parliament, continuing their agitation against the hostel fee hike. 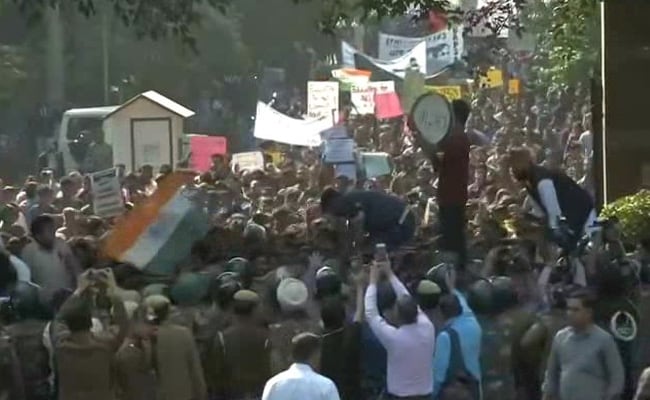 The HRD Ministry on Monday appointed a three-member committee to recommend ways to restore normal functioning of the Jawaharlal Nehru University, officials said.

The move comes on a day the JNU students have planned a protest march to Parliament, continuing their agitation against the hostel fee hike.

"With a view to restore the normal functioning of JNU through dialogue with all stakeholders and to advise the university administration for resolution of contentious issues, the government has appointed a three-member high power committee," Education Secretary R Subrahmanyam said.

"The committee will initiate dialogue with the students and varsity administration immediately and submit recommendations on actions to be taken. The UGC will provide required support for functioning of the committee," Mr Subrahmanyam said.

JNU students have been protesting for nearly three weeks against the draft hostel manual, which has provisions for hostel fee hike, dress code and curfew timings.

The students had last week staged a protest outside the university's annual convocation venue, during which Union HRD Minister Ramesh Pokhriyal ''Nishank'' remained inside campus for six hours since he was unable to leave due to the protests outside.

The varsity's Executive Council had later announced a partial roll back in the fee only for students who belong to the Before Poverty Line category and are not availing any scholarships.