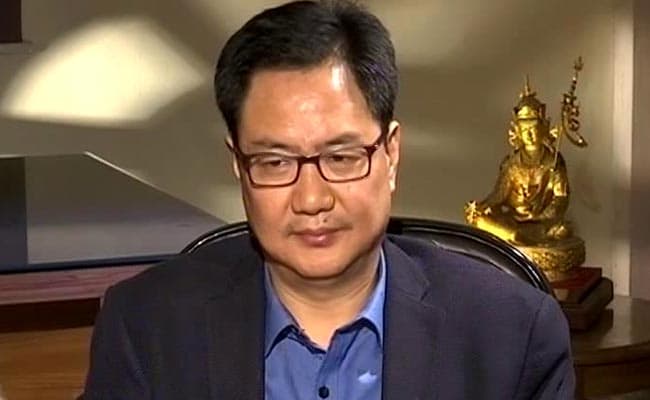 The grant of tribal status to these communities will lead to Assam turning into a tribal-dominated state.

New Delhi: The central government is committed to grant ST status to six communities in Assam and it is working in this direction, Union minister Kiren Rijiju said today.

He said this at a tripartite meeting with representatives of the six communities and Assam government held at North block here.

"We are committed to grant ST status to six OBC communities in Assam. The central government has already set up a committee to examine the proposal and it is working on it," he said in the meeting.

Granting of Scheduled Tribes status to the six communities - Moran, Muttock, Tai Ahom, Koch-Rajbongshi, Sootea and Tea Tribes - was a political promise of the BJP.

The BJP-led alliance had assumed power in Assam last year.

The pro-talks faction of ULFA too had been seeking ST status to the six communities of Assam.

The modality committee, headed by Special Secretary (Internal Security) in the Home Ministry, Rina Mitra is consulting the Assam government and all other stake-holders.

It is examining various issues for suggesting the modalities for the required reservations and shifting the existing reservation for these communities from OBC to ST.

The committee will submit its report on June 30 and the central government is expected to move further on the basis of its recommendations.

The committee is also looking to  the interests of existing tribal communities is ensured and a mechanism is framed to ensure fairness of reservations within these six communities and related security considerations, a Home Ministry official said.

The committee is interested that a mechanism is framed to ensure fairness of reservations within these six communities and related security considerations, a Home Ministry official said.

The grant of tribal status to these six communities will lead to 50 per cent population of Assam becoming tribal or Assam turning into a tribal-dominated state.

Promoted
Listen to the latest songs, only on JioSaavn.com
It would also facilitate fresh delimitation of assembly constituencies and significant increase in the number of ST seats in the 126-member Assam assembly. At present, 16 assembly seats in Assam are reserved for ST.

The fear that illegal immigrants from Bangladesh would soon usurp political power would diminish if 50 per cent assembly seats are reserved for ST when Assam becomes a tribal-dominated state.