Kapil Sibal said the CVC and the government cannot override DSPE provisions which makes it mandatory to consult the selection committee before "transfer" of the CBI chief mid-tenure. 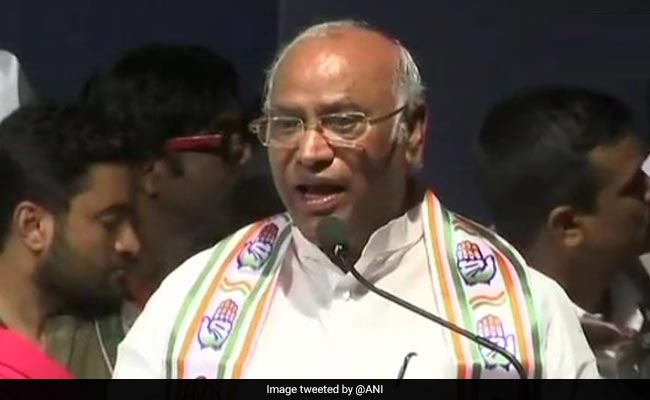 The Central Vigilance Commission or CVC and the centre acted beyond their ambit in passing orders against CBI director Alok Kumar Verma to divest him of his power and duties, Congress leader Mallikarjun Kharge said in the Supreme Court Thursday.

A bench of Chief Justice Ranjan Gogoi and Justices SK Kaul and KM Joseph was told by senior advocate Kapil Sibal, appearing for the leader of the single largest opposition party in Lok Sabha, that the order by the CVC and the centre divesting Mr Verma of his power and sending him on leave was wrong and illegal.

Mr Sibal said the CVC and the government cannot override DSPE provisions which makes it mandatory to consult the selection committee before "transfer" of the CBI chief mid-tenure.

He said that pursuant to the top court's Vineet Narain decision of 1997, which relates to investigation of allegations of corruption against high-ranking public officials in India and amendments in the DSPE Act, a two-year tenure of CBI director was fixed.

Mr Sibal said even if a CBI Director is caught red-handed, the government has no choice but to go the selection panel.

He said that as per the provisions, CVC has power of superintendence with regard to the investigation into the offences under the Prevention of Corruption Act.

"Power of superintendence is limited to only offences under the Prevention of Corruption Act. The power to seize office is not there with the CVC. This is outside the jurisdiction and ambit of the CVC and it cannot pass such orders," Mr Sibal said.

He said that even the Department of Personnel and Training (DOPT) cannot pass any such order with regard to the CBI director, and it is also beyond the scope of the power of the central government.

"As per provisions of General Clauses Act, the authority having power to appoint will also have power to suspend or dismiss. The provisions have been upheld by the apex court. This is why whatever had to be done against Verma, it had to go to the Selection Committee. This may tomorrow happen to CAG, CVC, CEC, judges and members of public service commissions since similar provisions are for them," Mr Sibal said.

He said that in the case at hand, a decision was taken by the authority which was not competent to take and the remedy was with the selection committee.

He was restrained by the bench from making any comment against the CVC saying there were no allegation against the vigilance panel.

The court said it would not like to go into the allegations and counter-allegations and would like to focus on the pure question of law that whether reference was necessary to be made to the selection panel for taking action against CBI director.