Best known for his paintings, Akbar Padamsee was also a photographer, sculptor, filmmaker, engraver and lithographer. 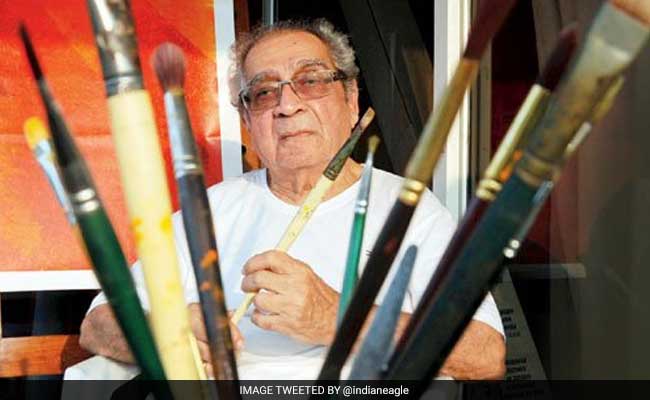 Akbar Padamsee was a pioneer of the progressive-modernist movement.

Akbar Padamsee, one of India's most celebrated artists and pioneer of the progressive-modernist movement, died at 91 in Tamil Nadu's Coimbatore on Monday night.

The 91-year-old artist died of natural causes and the last rites were performed at the Isha Yoga Centre Centre, where he and his wife lived.

Best known for his paintings, Akbar Padamsee was also a photographer, sculptor, filmmaker, engraver and lithographer. His paintings have found a place of prominence in eminent galleries in India and around the world.

His brother was the celebrated late filmmaker and adman Alyque Padamsee.

Akbar Padamsee was awarded the Padma Bhushan in 2010 and was also awarded Fellowships by the Lalit Kala Akademi and the JD Rockefeller Foundation apart from recognition by several global art bodies.