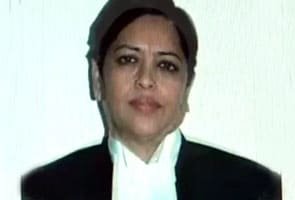 New Delhi: Hours before she was meant to retire, Justice Nirmal Yadav was accused formally of corruption, destruction of evidence, and fabrication of evidence. She has become the first judge to be chargesheeted while still in office.

Justice Yadav has spent the last one year at the Uttarakhand High Court. She was transferred there from the Punjab and Haryana High Court after evidence suggested that a 15-lakh bribe would have reached her had it not been for a giant misstep.

In August 2008, a businessman who wanted Justice Yadav to rule in his favour routed the money accidentally to another woman judge named Justice Nirmaljit Kaur. Upon 15 lakhs arriving at her home, she reported the matter to the police, who discovered the money was meant for Justice Yadav.

The Punjab administration asked the CBI to handle the case. Separately, KG Balakrishnan, who was then Chief Justice of India, appointed a committee of judges to study the allegations against Justice Yadav.

While that panel recommended her prosecution, Justice Balakrishnan reportedly advised the government that no action was needed against Justice Yadav. She was asked not to attend office for a few months, and was then packed off to Uttarkhand.

Promoted
Listen to the latest songs, only on JioSaavn.com
Then, in March last year, a special CBI court in Chandigarh rejected the CBI's request to close the case. The agency said the case could not proceed because it was still waiting for permission to begin prosecuting the judge. The court's decision helped rejuvenate the case.

On February 28 this year, President Pratibha Patil reportedly sanctioned Justice Yadav's prosecution. The sanction to prosecute a sitting High Court judge can only be given by the President who is the appointing authority. The President usually consults the Chief Justice of India (CJI) for whether to proceed. In this case, Chief Justice SH Kapadia advised her to proceed.