The Election Commission earlier this month in its second reminder had asked the state government to lodge the FIR. 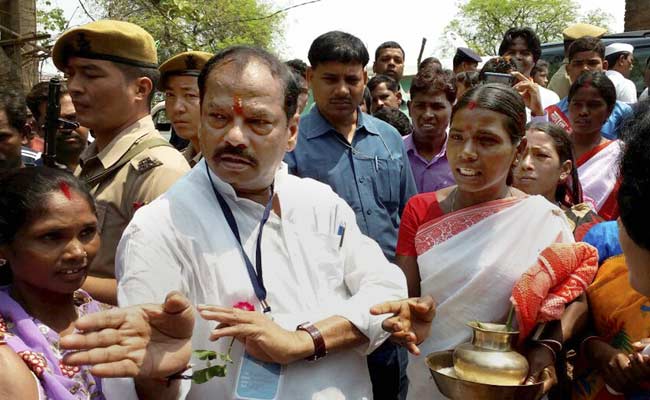 Ranchi: The Jharkhand government on Friday lodged an FIR against a senior police officer and the Press Adviser of the Chief Minister in connection with the 2016 Rajya Sabha election.

The FIR against Additional Director General of Police (ADG) - Special Branch Anurag Gupta and Press Adviser Ajay Kumar was lodged following a directive to the state government from the Election Commission (EC) in June 2017 to initiate action against the two.

Jharkhand Chief Minister Raghubar Das on March 26 gave his approval to initiate action against the police officer and his aide.

The FIR was lodged at Jagannathpur Police Station of Ranchi under sections 171B and 171C of the IPC. Both sections relate to acts aimed at influencing the outcome of an election.

The EC earlier this month in its second reminder had asked the state government to lodge the FIR.

There are allegations that Mr Gupta in the capacity of ADG had tried to influence the legislators to vote in favour of the Bharatiya Janata Party (BJP) in the 2016 Rajya Sabha election, wherein Mr Kumar also had a role.

Former Chief Minister Babulal Marandi had come out with a CD having an audio of the conversation of former Minister and Congress leader Yogendra Sao with the ADG, in which the police officer was allegedly seeking votes in favour of the BJP. Yogendra Sao's wife Nirmala Devi is a Congress legislator.

The opposition parties had complained about it to the EC and the Union Home Ministry.

As the EC asked the state government to initiate disciplinary action against Mr Gupta and Mr Kumar in connection with the 2016 Rajya Sabha election, it had filed a review petition, which was rejected by the top poll panel.

Promoted
Listen to the latest songs, only on JioSaavn.com
The opposition parties had again raised the issue ahead of the just concluded Rajya Sabha polls.

The BJP had won both the Rajya Sabha seats in 2016 despite the numbers not being in its favour.
Comments
JharkhandRaghubar Das