The MLA is wanted in two criminal cases and he flew from Delhi to Mumbai using this forged identity card to evade arrest. 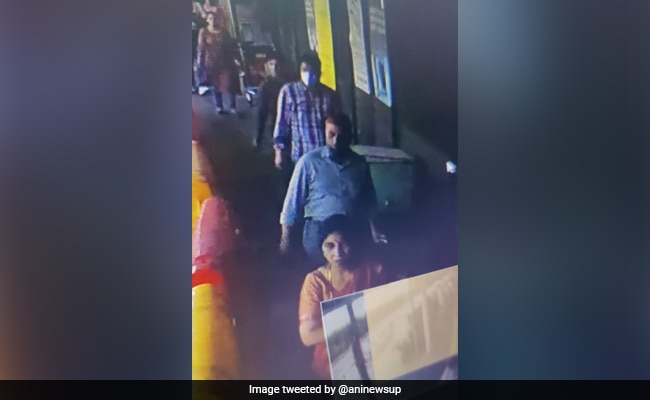 The MLA is wanted in two criminal cases

An FIR has been registered against absconding Samajwadi Party MLA Irfan Solanki for boarding a flight on a forged Aadhaar card and compromising airport security, a police officer said on Tuesday.

The three others are Ashraf Ali, Anwar Mansoori and Akhtar Mansoori. They have confessed to their crimes. Two more people named Ishrat Ali and Ammar Ilahi are yet to be arrested, Tiwari said.

The MLA is wanted in two criminal cases and he flew from Delhi to Mumbai using this forged identity card to evade arrest. The Aadhaar card carried his photograph but had his name mentioned as Ashraf Ali, the officer said.

The officer said the police have seized computers and printers used in making the fake ID card.

Tiwari told reporters that authorities in Mumbai and Delhi informed him that Solanki flew between the two places on the forged identity on November 11.

"We have obtained the CCTV footage from Delhi and Mumbai airports in which MLA Solanki was seen. He is also seen occupying seat number 31," he said.

The six people are booked under sections 212 (harbouring offender), 419 (cheating by personation), 420 (cheating), 467 (forgery of valuable security) 468 (forgery for purpose of cheating), 471 (using as genuine a forged document) and 120B (criminal conspiracy) of the Indian Penal Code.

The police have also requested the public to share information on Solanki.