The students have been charged under various sections of the Indian Penal Code, the Prevention of Damage to Public Property Act and the Criminal Law Amendment Act 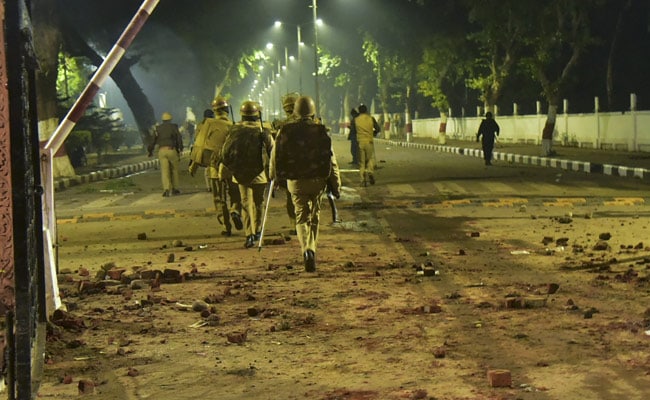 CAA Protests: AMU students tried to take out a march in solidarity with Jamia Millia students

Uttar Pradesh Police has registered a case against 1,000 unidentified students of the Aligarh Muslim University in connection with violence that broke out during anti-CAA protests earlier this month, according to news agency ANI. The cops had first claimed the first information report (FIR) had been registered against 10,000 students but ANI subsequently quoted a senior UP police officer as saying "there was a clerical mistake... case against 1,000 students and not 10,000".

"There was a clerical mistake in the report, case registered against 1,000 students and not 10,000," Akash Kulhari, the Senior Superintendent of Police, was quoted as saying by ANI.

"They unlawfully raised anti-national slogans. The students pelted stones on personnel and vandalised official vehicles," the FIR said, according to ANI. It also stated the police had been instructed to use minimal force: "When they did not disperse tear gas and less intensity lathi-charge was done".

The students have been charged under various sections of the Indian Penal Code, the Prevention of Damage to Public Property Act and the Criminal Law Amendment Act.

Hundreds of Aligarh students had taken out a solidarity march around midnight on December 15 after a peaceful protest by counterparts in Delhi's Jamia Millia ended in a pitched battle with the police, who were accused of disproportionate force after a brutal crackdown that included barging into the campus and detaining around 100 students. 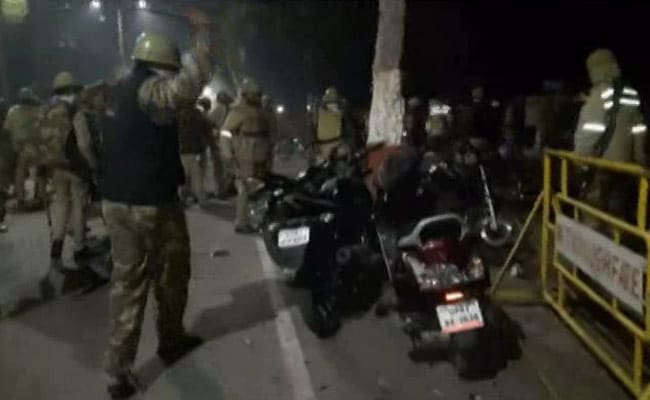 As the Aligarh students began their protest UP cops tried to stop them at the university gates; they used batons, tear gas and water cannons.However, disturbing visuals emerged the following day showing cops smashing bikes and students. The cops claimed they used force after the students turned violent.

OP Singh, the state's Director-General of Police, told NDTV his colleagues had displayed restraint. However, that statement was contrary to multiple testimonies from students who claimed cops barged into hotels, fired tear gas inside rooms and vandalised furniture and vehicles.

Many students were injured - activists put the number at 150 - in the police action and one, the son of a daily-wage labourer, lost his arm. Several cops were also injured.

The CAA (Citizenship (Amendment) Act) makes, for the first time, religion the test of Indian citizenship. The government says it will help non-Muslim refugees from three neighbouring Muslim-dominated countries get citizenship if they fled because of religious persecution. Critics say it discriminates against Muslims and violates secular tenets of the Constitution.