Cargo Ship With 13 On Board Stranded Off Maharashtra, Rescue Ops On

The 1,478 tonne merchant ship started from Hazira in Gujarat and got lost at sea in turbulent weather. 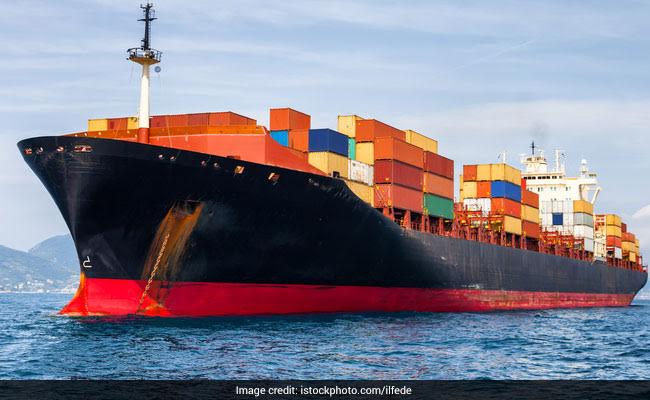 Police said that ship lost its way due to severely damaged propellers. (Representational)

A large cargo ship from Gujarat went adrift and got stuck between rocks in Maharashtra's Vangaon village due to stormy and rough weather conditions in the Arabian Sea on Saturday, officials said.

The police said that some fishermen informed them about the cargo ship. "There were around 13 crew members on board the stranded vessel. We are making arrangements for their rescue," Vangaon Police Station chief Rahul Patil told IANS.

Captain VV Pillai said the ship 'MV Nanda Aparna' had set sail from Hazira in Gujarat to Alibaug in Maharashtra) last week with a cargo of steel.

After unloading the cargo at Alibaug, it was returning to Hazira on Friday evening.

"We lost course due to extremely heavy rain, high waves and almost zero visibility. Around 4 am, we found that we were stuck on the rocky shores of Palghar," Captain Pillai told IANS from the ship. He said all the crew members were safe and there was sufficient food and water for them on board.

Police said that ship lost its way due to severely damaged propellers.