Police urged the public not to jump to conclusions over the motive as it investigates the complex high-profile case. Ripudaman Singh Malik, 75, was shot dead in Surrey, British Columbia on Thursday. 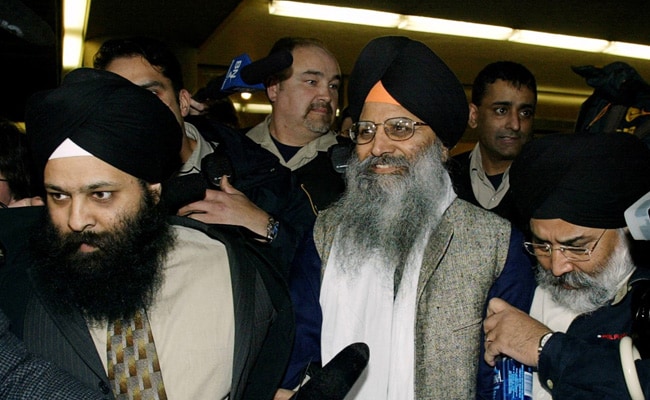 Police have not yet determined a motive in the case. (File)

Canada's top homicide unit has released a footage showing a white car that it says was linked to the targeted killing of Ripudaman Singh Malik, the Sikh man acquitted in the tragic 1985 Air India Kanishka terrorist bombing case.

They urged the public not to jump to conclusions over the motive as it investigates the complex high-profile case.

Ripudaman Singh Malik, 75, was shot dead in Surrey, British Columbia on Thursday. Malik and co-accused Ajaib Singh Bagri were acquitted in 2005 of mass murder and conspiracy charges related to the two bombings in 1985 that killed 331 people.

Homicide investigators are now trying to figure out who killed the controversial community leader, one-time terror suspect, wealthy businessman and founder of both the Khalsa Credit Union and Khalsa Schools.

The Integrated Homicide Investigation Team (IHIT) released a video Friday of a white Honda CRV driving through the parking area of the complex where Papillon Eastern Imports, which Ripudaman Singh Malik founded as a Gastown store in the early 1970s, is based, Toronto Sun newspaper reported.

There appears to be more than one person inside, it said.

The IHIT's Sergeant David Lee said the Compact Recreational Vehicle (CRV), which was later found burning at 122A Street and 82nd Avenue, was linked to Malik's targeted slaying.

"A review of CCTV determined that this CRV arrived...a short time before the shooting and waited for Mr Malik," Mr Lee said.

Anyone nearby who witnessed anything or has dash-cam footage taken between 7 am and 9 am is asked to contact investigators, he said.

Police have not yet determined a motive in the case and Lee urged the public not to jump to conclusions, saying IHIT has "a number of investigative avenues available to us."

"We understand this is a high-profile international story. However, we urge (people) not to speculate as to the motive as our homicide investigators will be following the evidence," Mr Lee said.

Ripudaman Singh Malik was acquitted of murder and conspiracy charges in the Kanishka bombing case in March 2005.

"These are complex cases and I can't say specifically how long it could take. It could be two weeks, two months, or two years. We can't say because the investigation is unfolding right now," Mr Lee said.

Postmedia, a Canadian media conglomerate, spoke to more than a dozen people who know Ripudaman Singh Malik or worked on the investigation into the June 23, 1985, Air India bombing.

None believed that his murder, which they all described as shocking, had anything to do with the terrorist plot 37 years ago.

Retired Mountie Doug Best, a lead investigator of the evidence against Malik in the Air India bombing, said Friday that "this shocking news brought back a flood of memories."

"Malik was a high-profile member of the Sikh community. While he had supporters, he had enemies. I cannot speculate as to the motive for his murder," he said.

Ripudaman Singh Malik's eldest son Jaspreet told reporters outside the family's USD 6.8-million South Surrey home on Friday that his father had no security concerns and was focused on his businesses and the volunteer work he did for his community.

"My dad never said anything to us about anybody ever threatening him or anything like that," he said. Jaspreet Malik was working at his law office when his wife called him with the news on Thursday.

"Yesterday was very surreal. I mean, it's very hard to put into words," Jaspreet Malik said. "It felt like a dream all day, like just unbelievable. You can't even imagine something like that ever happening in your life - you know, a family member getting shot. Let alone your dad getting shot."

He doubts the killing had anything to do with the Air India case.

"I don't believe it to be true. I think this must have some other cause or motive, or something. I mean, I don't know what that would be," Jaspreet said.

However, he does believe the police will get to the bottom of it. "I have faith in the RCMP ( Royal Canadian Mounted Police). I have faith - they'll figure out who did this."

For now, he wants his father to be remembered for his love of family - five kids and eight grandchildren - and for his sewa (service) to his community.