"Does He Have Proof?" Union Minister's Shocker On Rahul Gandhi's Religion

Rahul Gandhi has said he and his family are devotees of the Lord Shiva and they do not discuss it as they feel that faith is a "private matter". 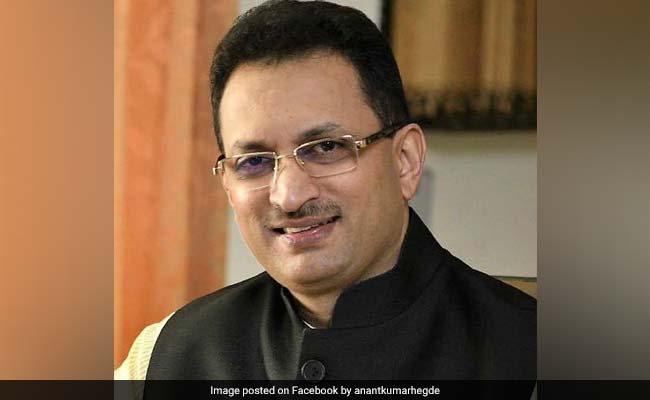 Ahead of the national elections, the political discourse over the air strikes at Balakot dropped to a new low as Union Minister Anant Hegde questioned how Rahul Gandhi could ask for proof of surgical strikes. "They want proof of surgical strikes even when whole world acknowledged it," Mr Hegde said, referring to the questions raised by the opposition about the impact of the air strikes.

"This Muslim who calls himself a 'janeudhari Hindu'... son of a Muslim father and a Christian mother, does he have proof that he is a Hindu?" said Mr Hegde, who is known for making provocative remarks. Last year, his party colleague BS Yeddyurappa said the minister has been "warned not to speak like that" in parliament.

Mr Gandhi's caste and religion, have however, been questioned by various BJP leaders since his temple run ahead of the 2017 assembly elections in Gujarat and the subsequent Congress claims that he is a "sacred thread-wearing" Hindu.

Mr Gandhi has said he and his family are devotees of the Lord Shiva and they do not discuss it as they feel that faith is a "private matter".

The war of words between the Congress and the BJP has spiked since opposition parties have repeatedly questioned how many terrorists have been killed in the air strike conducted by the Indian Air Force at a Jaish-e-Mohammed terror camp at Balakot.

Their questions have become more strident as the government and the IAF gave varied responses. While the defence minister pointed to the foreign secretary, who did not quote any number but said a "great many" terrorists have died, BJP chief Amit Shah had said the figure was 250.

Home Minister Rajnath Singh came closest to validating the unofficial figure of "300" that has been in circulation since February 26. The National Technical Research Organisation said some 300 mobile phones were active in the area before the IAF strikes, he said, adding if they were being "used by trees". The Air Force has not quoted any figure either.