"Can Another Ram Temple Get Jobs For Your Kids," Asks Sacked BSP Leader

Earlier today, Jai Prakash Singh was removed from the post of BSP vice-chairperson after he said Rahul Gandhi was not prime minister material 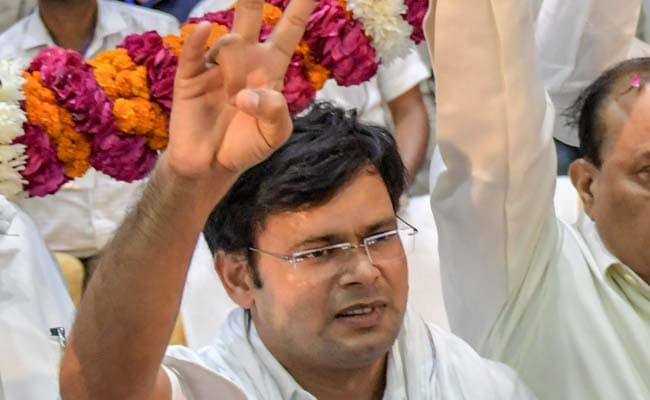 Hours after Bahujan Samaj Party chief Mayawati sacked one of her top party leaders, Jai Prakash Singh, over his disparaging remarks against Congress president Rahul Gandhi, Mr Singh has started another controversy with a remark on the Ram temple issue.

He raised a question on finding merit in pursuing a religious matter instead of focusing on problems like unemployment.

"There are lakhs of Ram temple in this country. Even we believe in lord Ram. But if another Ram temple is made, then will your children get jobs? You can beg in the name of lord Ram, but you can't ask for vote," Mr Singh said at an event in Lucknow, news agency ANI reported.

"People of my community, please tell them that you can take Ram and give government to us then we will show you how to run the country. There is nothing is this world without politics," Mr Singh added.

Earlier today, Mr Singh was removed from the post of BSP vice-chairperson after he said Rahul Gandhi was not prime minister material.

Mr Singh made the disparaging remarks at a meeting to discuss strategy for Madhya Pradesh elections in December and the 2019 national election; curiously, his boss was not present.

In a video, Mr Singh is heard telling a gathering of BSP workers: "A boy can either look like his mother or father. If Rahul Gandhi had been like his father, then he could have made it in Indian politics. But he is more like his mother (Sonia Gandhi), who is a foreigner. He has foreign blood. I can guarantee that he will not be a success in politics."

The comments have infuriated Mayawati as she negotiates complex talks with the Congress over a partnership in state elections later this year. In May, the BSP chief was even seen bumping heads and holding hands with Rahul Gandhi's mother Sonia Gandhi, displaying rare PDA at the swearing-in of HD Kumaraswamy as Karnataka chief minister.