New Delhi: Cambridge Analytica, the UK-based firm at the heart of a massive worldwide data breach, pitched a proposal last year to the Congress party, which included "data mining of Facebook posts and tweets" and "influencing voter intention" for the 2019 national election. NDTV has exclusively accessed the proposal that promised a "data-driven campaign" with an estimated cost of around Rs 2.5 crore.

Sources in the Congress say the meeting did take place but the party never signed any deal with the company.

"Just being the recipient of a commercial proposal does not automatically imply a contractual engagement between the party and the vendor," said Praveen Chakravarthy, who heads the Congress's Data Analytics Department. 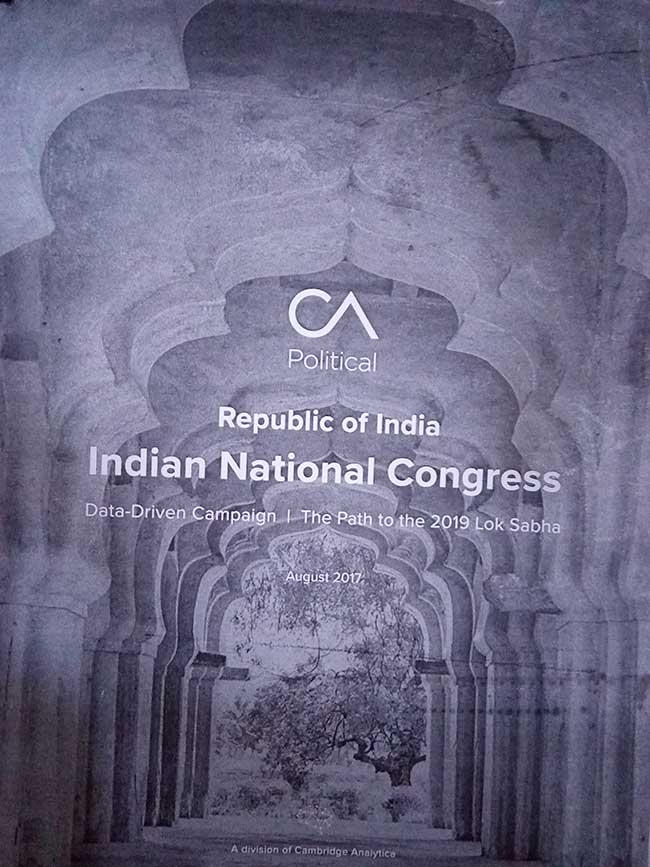 NDTV has accessed the proposal Cambridge Analytica made to the Congress in October-November last year. The 50-page proposal, dated August 2017, is titled "Data-Driven Campaign | The Path to the 2019 Lok Sabha".

Sources say it was Cambridge Analytica's CEO Alexander Nix, now suspended, who pitched the proposal to the Congress. He reportedly met with Rahul Gandhi, who was then the vice president of the party, and former union ministers Jairam Ramesh and P Chidambaram. 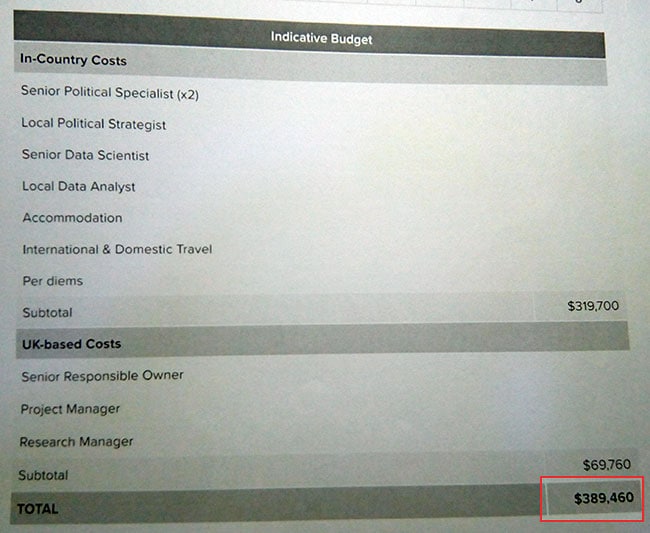 The Cambridge Analytica plan was tentatively valued at $389,460 or approximately Rs 2.5 crore

The plan was tentatively valued at $389,460 or approximately Rs 2.5 crore. What the company offered included "Data mining of Facebook posts and Tweets", "extracting groundbreaking insights and shift balance in your favour" and "influencing voter intention, to take specific actions". NDTV has learnt from sources that the actual cost that the company conveyed to the Congress may have been as high as Rs 7.5 crore.

The meetings didn't yield anything, the sources add. 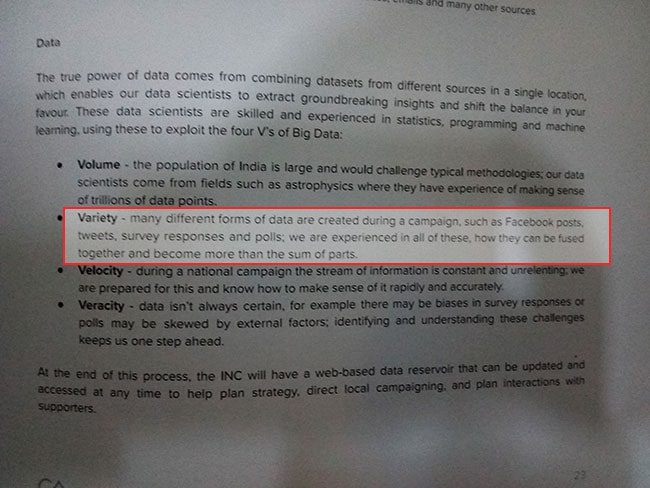 Sources told NDTV that the Congress rejected the proposal because Cambridge Analytica was considered "rightwing" and the party suspected that the company was trying to infiltrate the Congress.

NDTV sought a response from the Congress on Alexander Nix's alleged meetings with Rahul Gandhi, Jairam Ramesh, and P Chidambaram but received no answer from their offices. A response did come from the party's data analytics head Praveen Chakravarthy. "The Congress party has not engaged Cambridge Analytica or any of its subsidiaries for any election campaigns. This has been re-iterated multiple times in the past," he said. 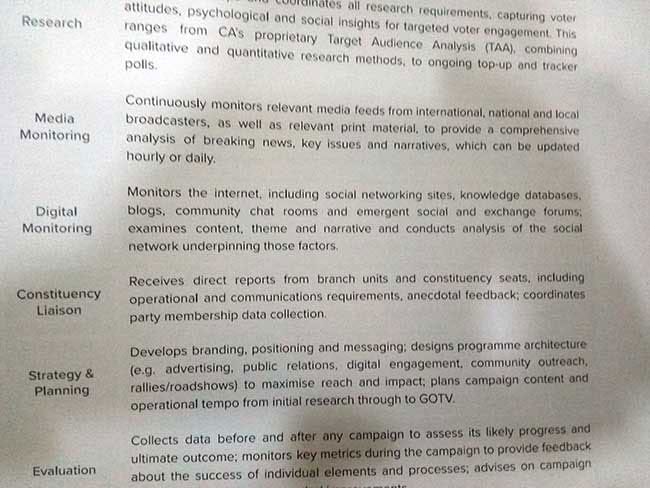 "There is simply no need for the Congress party to obfuscate on this matter. It is plain and simple - the party has not worked with the said firm. As regards receiving proposals, the Congress party, by virtue of its standing as a strong national party, receives many proposals from many firms regularly, pitching their services," said Mr Chakravarthy.

Cambridge Analytica has been accused of mining data of millions of Facebook users to manipulate elections in countries including India.

The BJP has accused the Congress of using its services and has asked Rahul Gandhi to "apologise". A whistleblower who exposed the scandal revealed in a tweet that not just the Congress, several other Indian parties may have used its services.

Promoted
Listen to the latest songs, only on JioSaavn.com
Read the full document here: