The new bridge will also facilitate large congregation of people inAllahabadduring Kumbh, Ardh-Kumbh and other yearly ritual baths at Sangam. 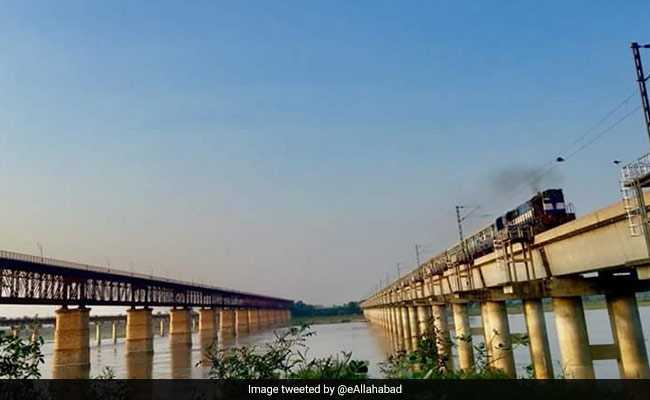 The new six lane bridge is expected to be completed by December, 2021. (Representational)

New Delhi: The Cabinet Committee on Economic Affairs (CCEA) on Wednesday approved construction of a six lane, 9.9 km-long bridge across river Ganga on National Highway 96 at Phaphamau in Allahabad at a cost of Rs 1,948.25 crore.

An official release said the construction period for the project would be three years and it was likely to be completed by December 2021. The new bridge will resolve the traffic congestion on the existing two-lane Phaphamau bridge.

The new bridge will also facilitate large congregation of people in Allahabad during Kumbh, Ardh-Kumbh and other yearly ritual baths at Sangam.

"This will give a boost to pilgrimage tourism and local economy of Prayag," the official release said.

The current traffic on the old bridge is about 40,000 passenger cars, which is a lot more than its designed capacity of 15,000 cars, resulting in severe jams all the time.

Promoted
Listen to the latest songs, only on JioSaavn.com
The release said there were only 13 bridges on the Ganga between Allahabad to Farakka before May 2014.

It said an additional 20 bridges were planned, out of which five have been opened to traffic and seven were under construction on the above stretch, bringing the total number of bridges to 33.