CAA Protests: The protesters were demanding the resignation of Uttar Pradesh Chief Minister Yogi Adityanath over the issue. 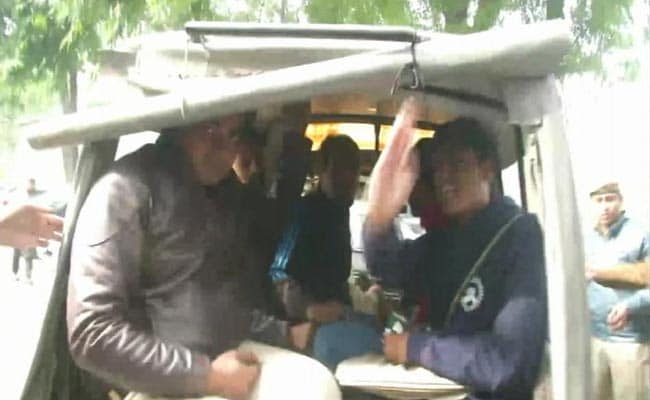 Students were detained outside the Uttar Pradesh Bhawan in Delhi

As many as 46 students were detained outside the Uttar Pradesh Bhawan here on Monday when they were about to begin a protest against the police''s action during anti-Citizenship (Amendment) Act demonstrations in the state.

The protesters were demanding the resignation of Uttar Pradesh Chief Minister Yogi Adityanath over the issue.

There are 27 women among those detained.

The students were detained as soon as they reached the venue and taken to the Mandir Marg police station, they claimed.

The AISA's Sucheta De said that she was detained while she was still a few metres away from the UP Bhawan.

Ms Kaur claimed that she was "assaulted" by police personnel while she was being detained.

Some students, who reached the venue after the senior AISA members, were detained and escorted away by the police. They raised slogans of ''Dilli Police Murdabad'' while sitting in the police vehicle.

According to a senior police officer, male students were taken to the Mandir Marg police station while the women students were dropped off at their universities.

He said section 144 of the CrPC, which bans the assembly of four or more people, are in place in the New Delhi police district and the students did not have permission to protest.

A woman, Pallavi Rebbapragada, alleged that she was detained by the police even though she was not accompanying the protesters.

"I was detained by the police today. They threw me into a bus and then detained me at Mandir Marg police station. I had nothing to do with the protest. Went there for official work. Traumatised. #CAA_NRC_Protest," she tweeted.