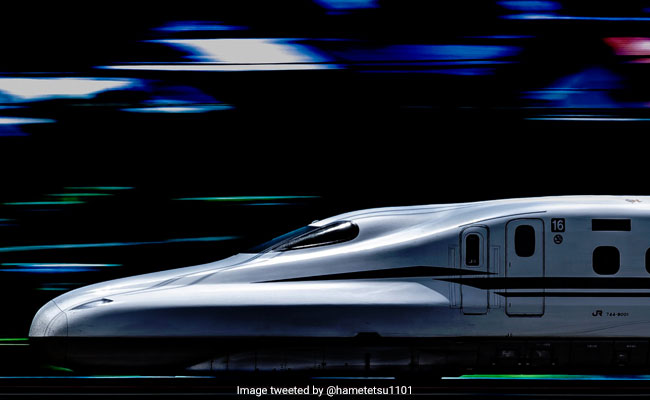 Union finance minister Nirmala Sitharaman said the government will actively pursue the 508-km bullet train between Mumbai and Ahmedabad, which has been lagging in face of multiple challenges. The government is also planning to undertake similar projects elsewhere, she said.

"More Tejas type trains will connect tourist destinations," the minister said while presenting the union budget 2020. There will also be a suburban rail project for Bengaluru.

A proposal is under consideration to set up large solar power capacity alongside the rail tracks, the minister added.

The much-publicised agreement for the Centre's flagship Mumbai-Ahmedabad bullet train project was signed with Japanese PM Shinzo Abe in September 2017. Japan agreed to give a loan of Rs. 88,000 crore for the Rs 1 lakh crore project, at a minimal interest of 0.1 per cent.

But the project had lagged in face of several challenges, with land acquisition heading the list. Till November last year, the National High Speed Railway Corporation (NHSRCL), which is responsible for the construction, had acquired only 48 per cent of the land for the project. Union Minister Piyush Goyal had said the acquisition would be completed by December.

Before coming to power, the Shiv Sena-NCP-Congress alliance was considering scrapping the project and withhold Maharashtra's share of expenditure, sources had told NDTV.  The state government was expected to bear Rs 5,000 crore of the total Rs 1.08 lakh crore cost.

The project for the 508-km Ahmedabad-Mumbai high speed train - expected to run at a maximum speed of 350 km per hour -- was slated to be completed by 2023.

The work at the Mumbai end was repeatedly disrupted due to protests by Raj Thackeray's Maharashtra Navnirman Sena.