Shooting Down Of Air Force Chopper In Feb Was Case Of "Mistaken Fratricide": Centre

A surface-to-air missile of the Indian Air Force brought down the Mi-17 aircraft in Budgam in the Kashmir Valley, killing six IAF personnel on board. 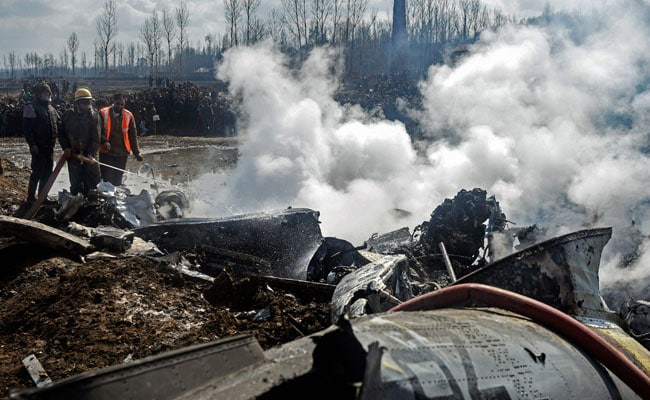 The government on Wednesday termed as "mistaken fratricide" the shooting down of its own helicopter by the Indian Air Force in Kashmir on February 27 when India and Pakistani forces were engaged in a dogfight.

Minister of State for Defence Shripad Naik said the aircraft was shot down during a war-like situation developed due to the hostile action by Pakistani Air Force.

A surface-to-air missile of the Indian Air Force brought down the Mi-17 aircraft in Budgam in the Kashmir Valley, killing six IAF personnel on board the chopper and a civilian on the ground.

"It was a case of mistaken fratricide, during the war-like situation, developed due to the hostile action of Pakistan Air Force at the LoC near Srinagar," Mr Naik said in the Lok Sabha while replying to a question.

"The inquiry has been concluded and concerned individuals have been held blameworthy," he said.

Last month, Air Chief Marshal Rakesh Kumar Singh Bhadauria described the incident as a "big mistake" and said disciplinary action has been taken against officers held responsible for it.

The helicopter crashed in Budgam around 10 am on February 27 when Indian and Pakistani fighter jets were engaged in fierce aerial combat in Nowshera, a day after India's air strike on a Jaish-e-Mohammed terrorist training camp in Balakot in Pakistan.

The helicopter went down around 10 minutes after taking off.