Mr Jaishankar also emphasised the need to reform the United Nations to reflect contemporary global realities, and the feelings of millions of people in the world, according to the Ministry of External Affairs (MEA). 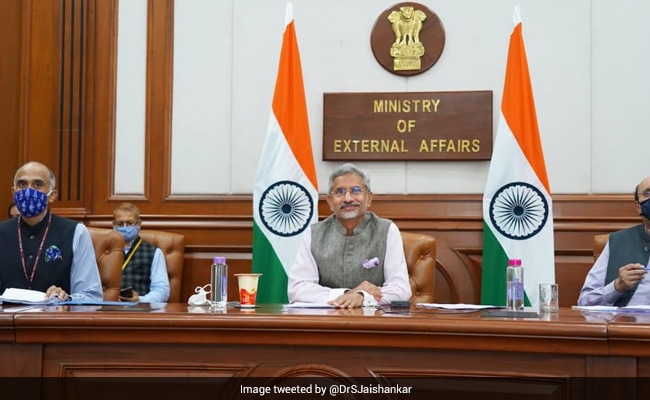 External Affairs Minister S Jaishankar on Friday called for boosting cooperation among the five-nation grouping BRICS in dealing with the threat of terrorism during a virtual meeting of the bloc which was also attended by his Chinese counterpart Wang Yi.

In his address, Mr Jaishankar also emphasised the need to reform the United Nations to reflect contemporary global realities, and the feelings of millions of people in the world, according to the Ministry of External Affairs (MEA).

He also called for expansion of the UN Security Council in both permanent and non-permanent categories besides pitching for reforms in international bodies like World Trade Organisation, International Monetary Fund and World Health Organisation.

A joint declaration issued after the meeting said the ministers expressed concern at the rise of violence and continuing conflicts in different parts of the world that have significant impact at both the regional and international levels.

"They concurred that, irrespective of their historic background and distinctive nature, conflicts should be resolved by peaceful means and diplomatic engagement through political dialogue and negotiations in line with principles and norms of international law, particularly the UN Charter," it said without referring to any specific conflict.

The BRICS foreign ministers'' meeting came in the midst of a festering border row between two of its members, India and China.

The statement said the ministers referred to the UNSC resolution (2532) demanding a general and immediate cessation of hostilities in all situations on its agenda with the exception of military operations against terrorist groups.

It said the ministers reiterated their strong condemnation of terrorism in all its forms and manifestations whenever, wherever and by whomsoever committed, adding that it should not be associated with any religion, nationality, civilization or ethnic group.

"They reaffirmed their unwavering commitment to contribute further to the global efforts of preventing and countering the threat of terrorism on the basis of respect for international law and the UN Charter, emphasising that States have the primary responsibility in combating terrorism," the declaration said.

In his address, Mr Jaishankar said the BRICS has an important role to play in the wake of grave challenges in economic, political and social, health fields.