According to the Union Health Ministry, there is no difference in the percentage of deaths between last year and now.

More Covid patients have suffered breathlessness in the second wave than any other symptom, leading to a greater need for oxygen this time, the government said today on the record rise in cases across India. 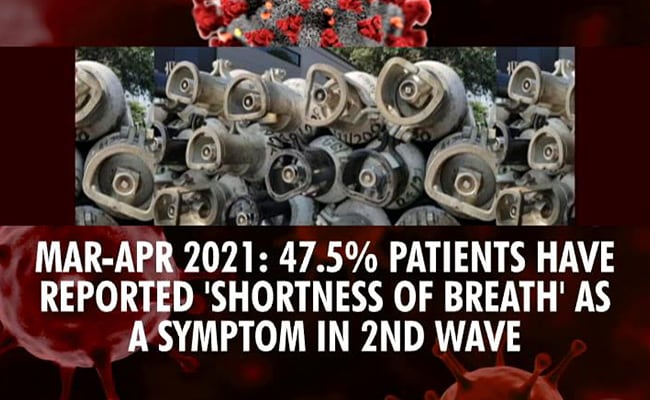 According to him, more than 70 per cent patients are over 40 in both waves.

"The older population continues to be more vulnerable. Only a marginally higher proportion of patients are in the younger age group despite opening up of activities," said Balram Bhargava, Director General, Indian Council of Medical Research (ICMR). 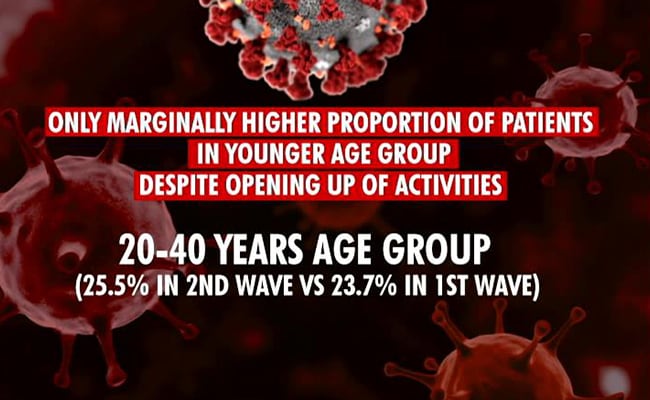 "The main message is that there is no overarching extra proportion or excess risk of young people becoming Covid positive. It is the same as the last time," he said. 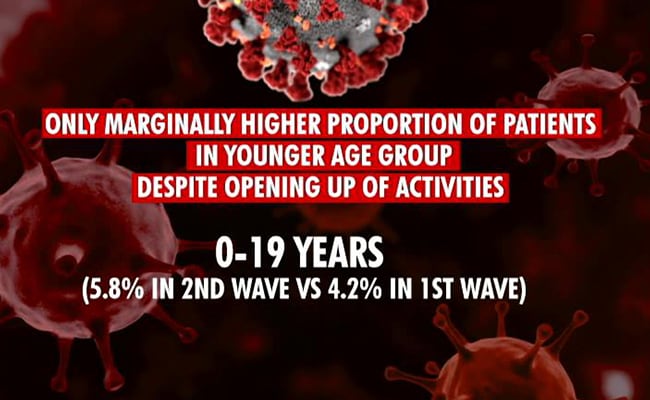 According to the Union Health Ministry, there is no difference in the percentage of deaths between last year and now. 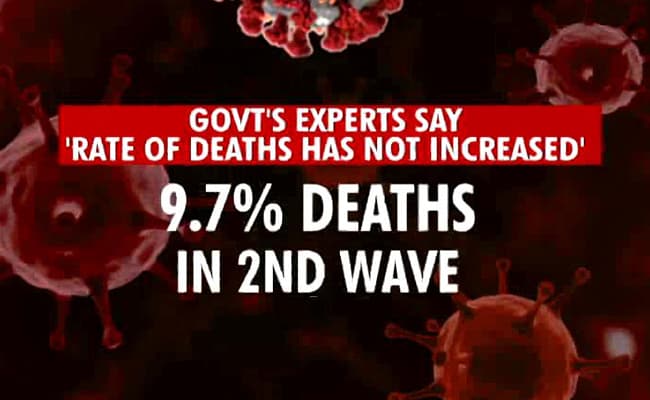 India today reported 2,73,810 fresh infections and 1,619 deaths in a new record since the pandemic broke out a year ago. The total caseload climbed to 1.5 crore; 1.78 lakh people have died so far.

This is the fifth straight day that over 2 lakh cases have been reported.

Many states, including Maharashtra and Delhi, have flagged a shortage of oxygen to treat the rapidly rising number of Covid patients. "It is important to understand that Remdesivir isn't a magic bullet and isn't a drug that decreases mortality. We may use it as we don't have an anti-viral drug. It's of no use if given early to asymptomatic individuals or those with mild symptoms. It is also of no use if given late," said AIIMS Director Randeep Guleria.

Masks were ultimately the biggest weapon against the virus, Dr Paul added.