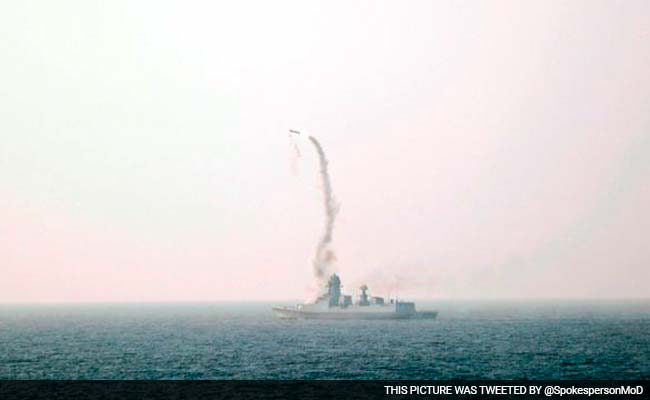 The two-stage BrahMos missile has been jointly developed by India and Russia.

New Delhi: Supersonic cruise missile BrahMos, with a strike-range of over 290 kilometres, was today test-fired from the navy's newest stealth destroyer INS Kochi successfully hitting a decommissioned target ship in the Arabian Sea.

The second of Project 15A 'Kolkata-class' guided missile destroyers test-fired the advanced missile system as part of 'Acceptance Test Firing' during a naval drill being conducted along the country's west coast.

The warship has the advanced capability of carrying a total of 16 BrahMos missiles in two 8-cell vertical launch systems, besides other sophisticated weapons and sensors.

BrahMos missile having supersonic speed of Mach 2.8, a very low-cruising altitude of 10 metres at terminal phase and pin-point accuracy, will make the warship one of the deadliest in the Indian Navy fleet, the officials said.

The two-stage BrahMos missile has been jointly developed by India and Russia. It has been in service with the Indian Navy since 2005.

Today's launch was the 49th test-firing of the missile.