BrahMos, the world's fastest supersonic cruise missile, can cruise at speeds of up to Mach 3.0, or three times the speed of sound. 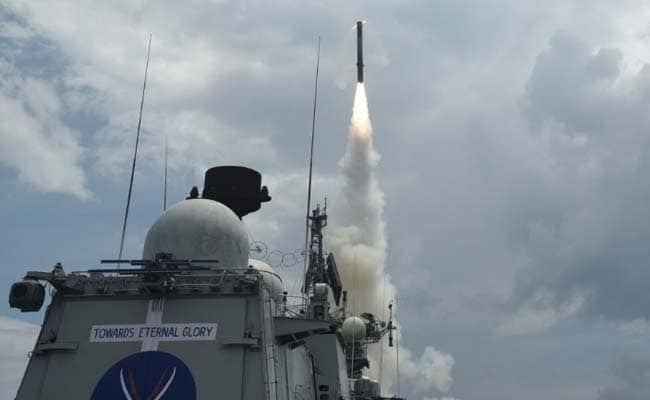 The test-firing of BrahMos missile is aimed at increasing its life from 10 to 15 years. (File)

A test-firing of supersonic cruise missile BrahMos, aimed at "increasing its life", has been planned this month, a senior defence ministry official said on Saturday.

The test-firing to "validate service life extension" of the missile will take place from a test range at Chandipur in Odisha in the third week of July, Sudhir Kumar Mishra, chief of BrahMos Aerospace, told news agency PTI.

He made the statement after inaugurating a new plant of the defence unit of Larsen & Toubro Vadodara, where canisters for storage, transportation, and launch of the missile will be manufactured.

The test-firing is aimed at increasing the missile's life from 10 to 15 years, Mr Mishra said.

BrahMos Aerospace is a joint venture between the Defence Research and Development Organisation and NPOM of Russia. The world's fastest supersonic missile can cruise at speeds of up to Mach 3.0, or three times the speed of sound.

"The test-firing will allow the armed forces to maintain an inventory of the missiles for a longer duration," he said.

To a question on plans to export the missile, he said it is a decision that has to be taken by the central government. "Several countries have shown interest in acquiring the missile system," he said.

A version of the missile with vertical launch capability for use in mountainous areas and against aircraft carriers will be ready soon, Mr Mishra said, adding that a lighter version of air-launched BrahMos is at the drawing board stage.

Promoted
Listen to the latest songs, only on JioSaavn.com
"Recently, we demonstrated the vertical dive capability of BrahMos. This can be used against targets in mountains and also against aircraft carriers," he said.

While China has nuclear-capable DF-21 missiles, to be used against aircraft carriers, "ours will be conventional missiles", he said.

Daughters To Inherit Father's Self-Acquired Property If No Will: Supreme Court