Armed with modern tools and equipment, BSF personnel began the operation with clearing bushes and digging and tilling the land close to the three-tier border fencing 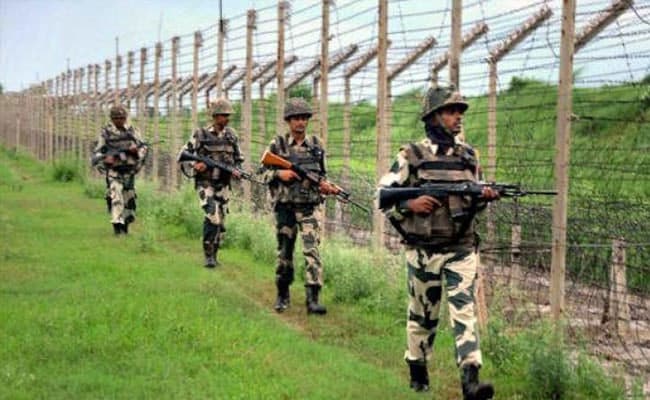 The operation, code named "Sudarshan", was launched on July 1 (Representational)

The Border Security Force (BSF) has launched a massive operation along the 180-km International Border (IB) with Pakistan to detect underground, cross-border tunnels in view of possible infiltration attempts by terrorists into Jammu and Kashmir, officials said on Thursday.

Armed with modern tools and equipment, BSF personnel began the operation with clearing bushes and digging and tilling the land close to the three-tier border fencing up to the Zero Line with Pakistan.

"The exercise has been launched along the IB in the Jammu frontier area to detect cross-border, underground tunnel," a senior BSF officer said.

The officials said the troops had been asked to dig anti-tunnelling trenches of a particular depth along the border fencing in Jammu, Samba and Kathua.

The operation was initiated earlier this week following the arrest of a Pakistani youth from a village in the RS Pura sector in Jammu.

The man, Mohmmad Amin, crossed the International Border and managed to reach the village last week even though there was no breach of fencing, raising apprehension about cross-border tunnels, they said.

In some places, Pakistani troops tried to disrupt the process by resorting to firing, they said.

As a counter-infiltration measure, the BSF has also activated its ground sensors to detect underground tunnels.

The BSF launched a mega exercise to fortify the "anti-infiltration grid" along the border with Pakistan in Punjab and Jammu in July this year, and mobilised its entire senior field brass, thousands of troops and machinery.

The operation, code named "Sudarshan", was launched on July 1 and will cover the entire International Border with Pakistan stretching over 1,000 kms.

The BSF and Army troops have detected six cross-border tunnels along the border in Jammu region since 2012. These were used to push Pakistani terrorists into Jammu and Kashmir, they said.