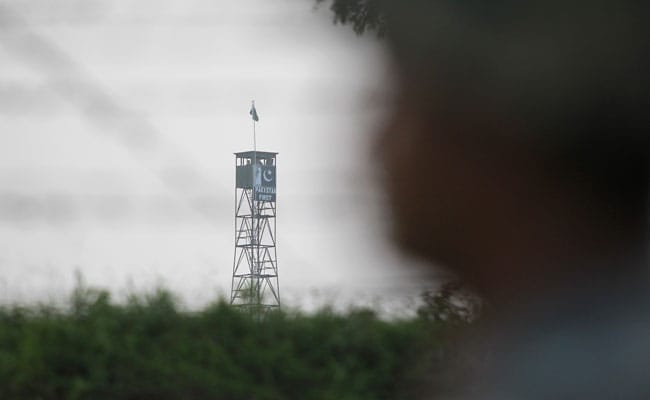 Pakistan violated the ceasefire, firing at several sectors of Jammu and Kashmir. (File)

Jammu: Guns roared along the Line of Control or LoC in Mendhar sector of Jammu and Kashmir on Wednesday night. Firing from Pakistan started before first light and went on for three hours. And it wasn't just small arms mortars also exchanged between India and Pakistan.

Mendhar is in the neighbourhood of the Nowshehra sector - one of the surgical strikes conducted by the Indian army was at Bhimbar in Pakistan-occupied or PoK which is opposite Nowshehra.

For residents of border towns and villages, who are the worst victims of any escalation of tensions between India and Pakistan, it brought back memories of past conflicts.

For these villages along the LoC, ceasefire violations have become a recurring nightmare. Caught in the crossfire of India-Pakistan hostilities and unsafe in their own home, migration is the only option for many.

"Firing is taking place at the LoC. Hundreds of shells were pounded by Pakistan," said Mohammad Akbar, a resident in Poonch.

It is not just along the LoC, tension is palpable along the international border too.

In Abdullian village people have been put on standby but not asked to move just yet as the government works out a contingency plan.

"We are ready to migrate, relatives have already started moving, we don't have clear instructions, but we will send our children to safer areas in the night," said Bachan Lal, chief of the Abdullian village.

Promoted
Listen to the latest songs, only on JioSaavn.com
Last year, 16 civilians were killed and 71 others injured in 405 incidents of cross-border firing by Pakistan, Simrandeep Singh, the Deputy Commissioner of Jammu, said.

For the residents near the borders, the future is clearly uncertain at best and downright dangerous at worst.