Political parties need to be more sensible and accountable to save a girl child's dignity and that female genital mutilation issue should be a part of their agenda, say activists. 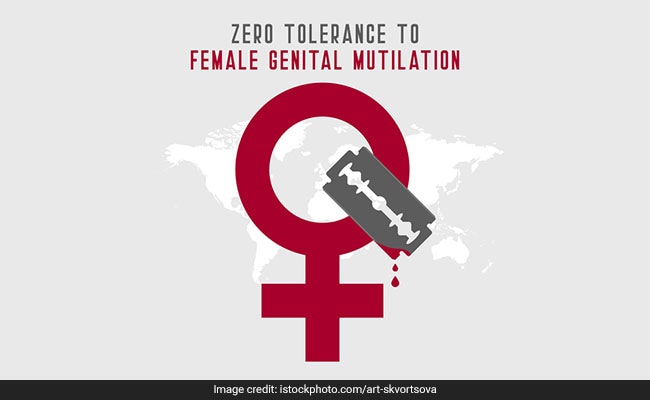 The United Nations has dubbed Female Genital Mutilation as a violation of human rights.

A group of Bohra Muslim women on Wednesday urged political parties to take steps to end the practice of female genital mutilation (FGM) prevalent in their community and make the issue part of their poll manifestos.

The women gave the call on the ''International Day of Zero Tolerance for Female Genital Mutilation'', which is observed on February 6.

The United Nations has dubbed the practice as a violation of human rights.

"A lot of political parties talk about women''s rights and saving the girl child. We want to ask them what is their take on FGM? Will they end it? Will they support a ban on it? If yes, they deserve our vote," WeSpeakOut, a private organisation led by an FGM survivor, said in a statement.

Since the Lok Sabha elections are going to be held this year, the issue needs to part of the poll manifesto of the parties, it said.

Masooma Ranalvi, a member of WeSpeakOut who herself has been a victim of the FGM, said this year when the country goes to polls, they want all Indian political leaders to hear appeals of the Bohra women and take a stand to end FGM, the practice of removal of the clitoral hood of minor girls.

She said political parties need to be more sensible and accountable to save a girl child's dignity, and that the FGM issue should be a part of their agenda.

"FGM eradication should be a part of manifestos of the parties which call themselves progressive. Those (parties) who come forward and eliminate this barbaric practice would certainly get our votes," Ms Ranalvi told PTI.

Referring to a report of WeSpeakOut, she said many women respondents reported feelings of fear, anxiety, shame, anger, depression, low-self-esteem and betrayal of trust as some of the fallouts of FGM.

The Supreme Court had in September 2018 referred to a five-judge constitution bench the plea challenging practice of female genital mutilation among Dawoodi Bohra Muslims.

The top court had in July last year questioned the prevalent practice of FGM, saying women cannot be "subjugated" to the level where they have to "please" their husbands only.