Blog: 'Coming out brought me peace. I lost that this week' 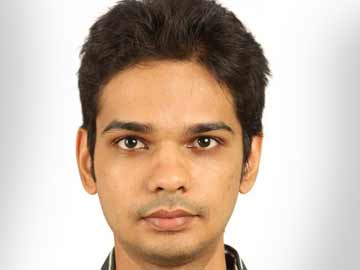 Dr Shiva Prasad is a gerontologist who belongs to and works in Hyderabad.

Dr Shiva Prasad is a gerontologist who belongs to and works in Hyderabad. He represents Pink-Pages and Mingle (Mission for Indian Gays and Lesbian Empowerment, Hyderabad)

I came out to my family over a period of time, but it was not a one day affair. When I started sharing my feeling in my mid-teens, we were not even aware of the technicalities of homosexuality, but still the conversations kept flowing and we were discovering and exploring together as a family.

Before that, I knew deep in my heart, I was not like everyone else. I felt lost, like I was betraying my family. I devoted most of my time studying hard and proving myself a good son- a way of over-compensating the sense of betrayal.

Coming out brought me peace. My family was very supportive right from the beginning.

Before I came out, at work, homophobic comments were flying around. But now, though some people may still pass comments, it's not with the intention to hurt.

The hurt has come this week and I feel betrayed by my own country.

Disgust, oppression, regression, exploitation, degradation, discrimination, criminalization - all of it can still keep us going when there is HOPE. When there is NO hope, it spells doom. That is what exactly happened on 11-12-13, when the Supreme Court of India re-criminalized homosexuality.

Seemingly there was light at the end of the tunnel, but we suddenly realized that the tunnel is spanning right through the core of the earth. As such it seemed a never-ending tunnel and now we realize that we cannot escape the gravitational pull of the Victorian colonial force to reach the other end and gloriously bask and shine under the sun.

We are a divisive society and a divisive democracy. Ours is not a simple majority democracy, we are a constitutional democracy, which our founding fathers adopted and custom fit to our society of minorities, sub minorities, micro minorities and overlapping minorities. In this era of hung elections and coalition governments, a parliamentary amendment of the sensitive Section 377 with a 2/3 majority is near impossible, at least in the next couple of decades.

Justice delayed is justice denied. Our only hope was the judiciary. However our judiciary and legislature seem to be playing a football of sorts. It is our judiciary's duty to stand by the constitution and uphold the rights of its minority citizens. This fateful day the Supreme Court shied away from its responsibility and duty. That is why it is a black day for me, my family, the queer community, India, democracy, humanity, and the world.

Scores of Indians young and old, of all classes and castes across the country have come out in open after the Delhi High Court verdict on July 2, 2009. So we feel even more vulnerable than the pre-2-7-2009 era. We will be forced to curl back into our shells, pushed back in time, closed behind our closets and to suffocate in silence.

With no hope, there is a fear of suicidal ideation, suicides and even honour killings, and they would go unreported, under reported and ill reported. We will be forced into heterosexual marriages and live a life of farce. Lesbian women will be maritally raped or raped as a "corrective measure" in the safe confines of their homes.


"We will Live in Death than Live Dead" - we refuse to go back to such martyr-like notions. We are against suicides. "We will LIVE ALIVE". We will also not leave this country and migrate. We will live our lives here. We will re-appeal. If not successful, we will coalesce with our queer allies, feminist allies and liberal allies and turn the NOTA (None of The Above) vote option into a vote mine and get ourselves heard.

Cheers to the strength and resilience of Indian Queer Community!!

Ties With Neighbours, Including China, Deteriorated? Minister Says "No"