In West Bengal assembly, BJP legislators moved adjournment motion, which Speaker refused to accept, so they eventually walked out in protest 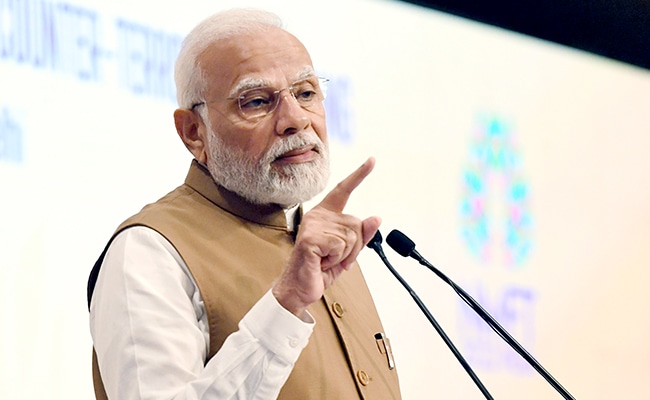 BJP legislators Agnimitra Paul, Malati Rava and others, following the question hour, moved an adjournment motion over the matter, which Speaker Biman Banerjee refused to accept stating that it was not an issue involving the state government.

Pointing out that certain words had to be expunged in the House on Constitution Day, the speaker also said that comments that are commonplace in a market cannot be said in the Assembly.

He advised members to refrain from making remarks that may hurt anyone, both inside and outside the House.

Mr Mitra, the TMC MLA from Manikchak in Malda, came in the eye of the storm recently after she, in a purported video, was heard describing Prime Minister Narendra Modi and Union Home Minister Amit Shah and other BJP leaders as Duryodhan and Dushashan from the Mahabharata.

Leader of Opposition in state Assembly Suvendu Adhikari had shared the video on social media, following which several BJP leaders condemned the remarks.

The Manikchak MLA, during the Assembly session, said that her statement was misinterpreted.

As she was speaking, the BJP members staged a walkout in the House.