The family of Nemichand Tanwar, who was shot dead at his home, has alleged the accused, Arun Sharma, is a Congress worker, but the ruling Congress has denied these allegations. Nemichand Tanwar's brother said he was attacked on Sunday evening.

A 65-year-old BJP worker was shot dead in Indore on Sunday allegedly for not voting for the Congress.

The family of Nemichand Tanwar, who was shot dead at his home, has alleged the accused, Arun Sharma, is a Congress worker, but the ruling Congress has denied these allegations.

Nemichand Tanwar's brother, Subhash, told police that his brother was attacked on Sunday evening after he returned home after casting his vote. "When my brother returned home after voting, Arun Sharma, the accused, had an argument with him because he did not vote for the Congress. His son and his wife were also injured in attack," he said.

Senior police officer Manish Khatri said a probe has been ordered in the case. "Nemichand had an argument with Arun Sharma and one of his family members on Sunday morning also. We will record the statements. The incident took place in Palia," he said. 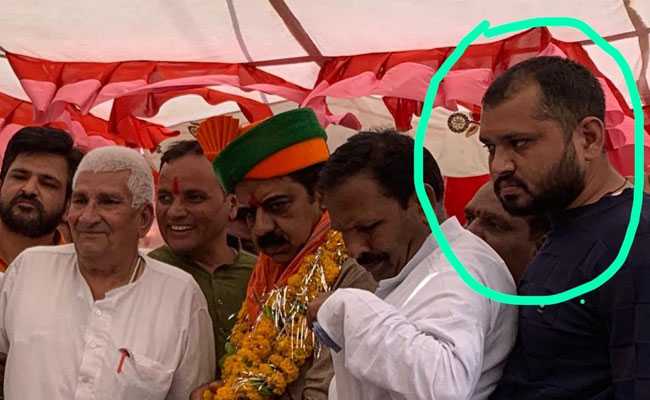 The Congress has said Arun Sharma, the accused, can be seen with BJP leaders.

Reacting to the killing of the BJP worker, former Madhya Pradesh chief minister Shivraj Singh Chouhan has said that the Congress is "trying to turn Madhya Pradesh to Bengal".

"Nemichand was shot dead because he voted for the BJP. I am warning the government.... don't play such games in the state. The accused should be caught soon or else I'll fight on the streets," Mr Chouhan warned, referring to the violence last week during Amit Shah's rally in Bengal.

The ruling Congress has said that the BJP is "trying to politicise the matter". "Chief Minister Kamal Nath has already asked the police to arrest the accused at the earliest. Shivraj Singh Chouhan is only trying to politicise the issue. They did the same when such cases were reported in Badwani, Ratlam and Chitrakoot but later we got to know that the accused were related with the BJP," Congress spokesperson Narendra Saluja said.

"In Sanwer also, the accused can be seen with the BJP leaders in a photo but the BJP is spreading lies about us," he added.

Indore was one of the 59 seats that voted in the last phase of national elections on Sunday. The results for the seven-phased elections were counted on May 23.