BJP Win In UP Shows People Are In Favour Of Agnipath: Bihar Minister

Pramod Kumar, who holds the law portfolio, said that protests in Bihar were part of a "conspiracy" and not a spontaneous outburst of aggrieved youths. 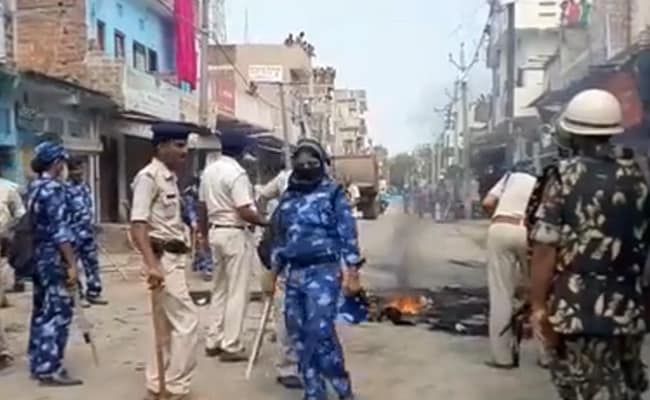 Agnipath protests: Bihar was one of the worst affected states.

A BJP minister in Bihar on Monday claimed that the party's success in by-polls for a couple of Lok Sabha seats in Uttar Pradesh was tantamount to a vote for Agnipath – the contentious new scheme of recruitment in the armed forces which has triggered protests in the two adjoining populous states.

Pramod Kumar, who holds the law portfolio, made a declamation to the effect outside the state assembly, giving vent to his frustration over the adjournment of proceedings on account of a ruckus created by the opposition which has been demanding withdrawal of the new scheme.

"Agniveers are at work in more than a dozen countries. Many multinational (sic) countries have this scheme", said the minister, apparently referring to many major powers having adopted a system of contractual recruitment in lower ranks of armed forces.

"The people of Azamgarh and Rampur in Uttar Pradesh have shown that the public is overwhelmingly in favour of Agnipath. Our party attained huge victories there", said the BJP leader referring to the two constituencies which his party has wrested from the Samajwadi Party in neck and neck contests.

In line with his party's stand that protests in Bihar were part of a “conspiracy” and not a spontaneous outburst of aggrieved youths, the minister asked, “why is it that Bihar is in throes of violent protests while many other states where a much larger proportion of population joins the armed forces have remained untouched by such depredation?” Notably, BJP leaders in the state had faced the heat of the protests that erupted immediately after Defence Minister Rajnath Singh rolled out the scheme a fortnight ago.

The party's offices in at least two districts were set on fire while houses and vehicles of many senior leaders, including Deputy CM Renu Devi and state president Sanjay Jaiswal, were vandalised by the protesters.