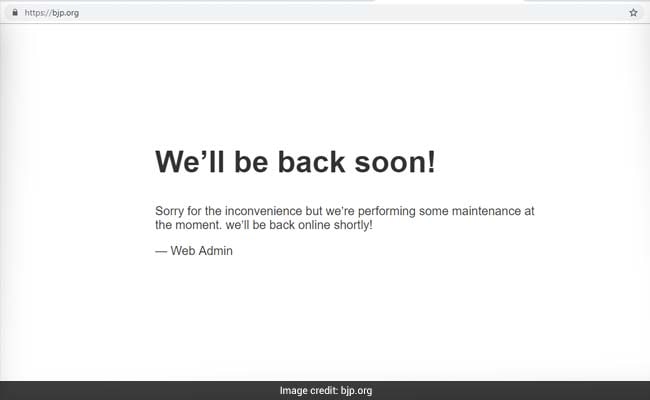 Many on social media this morning reported that the official website of the BJP was down. Several claimed that the website was hacked. No one, however, has claimed responsibility.

Congress' Twitter manager, Divya Spandana, was among the first to tweet about the malfunction of the BJP website. She shared a screenshot of a meme featuring Prime Minister Narendra Modi and German Chancellor Angela Merkel.

In the video, Chancellor Merkel was seen walking past the Prime Minister as he tried to shake hands with her.

"If you're not looking at the BJP website right now -- you're missing out," tweeted Divya Spandana.

The party's website was still down at the time the story was published but it said, "We will be back soon...Sorry for the inconvenience, we're performing some maintenance at the moment. We'll be back online shortly!" - Web Admin.

The party is yet to comment on whether there was an attempt to hack the website. Earlier media reports said that nearly 70 Indian government websites were targeted by hackers.