Priyanka Gandhi's attack comes after the Supreme Court held that there is no fundamental right to claim quota in promotions. 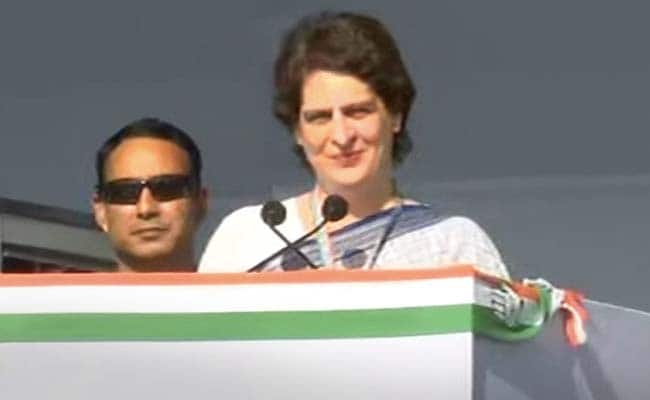 Congress leader Priyanka Gandhi Vadra on Monday attacked the BJP over the Supreme Court's decision on the issue of reservation in appointments and promotions, alleging that the ruling party was weakening the equal rights given to Dalits and tribals by the Constitution.

Her attack comes after the Supreme Court held that states are not bound to provide reservation in appointments and there is no fundamental right to claim quota in promotions.

The Congress has slammed the BJP government in Uttarakhand for contending in the case in the top court that there was no fundamental right to claim reservation in appointments or promotions in public posts, and that there was no constitutional duty on the part of the state governments to provide reservations.

"Understand the BJP's bid of ending reservation -- 1. RSS people consistently make statements against reservation. 2. The BJP government of Uttarakhand makes an appeal in the Supreme Court to abolish the fundamental right to reservation. 3. Uttar Pradesh government also immediately starts tampering with the rules of reservation," Priyanka Gandhi said in a tweet.

"The BJP first tried to weaken the law against atrocities on Dalits and tribals. Now it is trying to weaken equal rights given to them by the Constitution and Babasaheb (Ambedkar)," the Congress general secretary said in a tweet.