Congress Rajasthan in-charge Avinash Pande said there should be no politics on the issue. Over 100 babies died at a government-run hospital in Rajasthan's Kota. 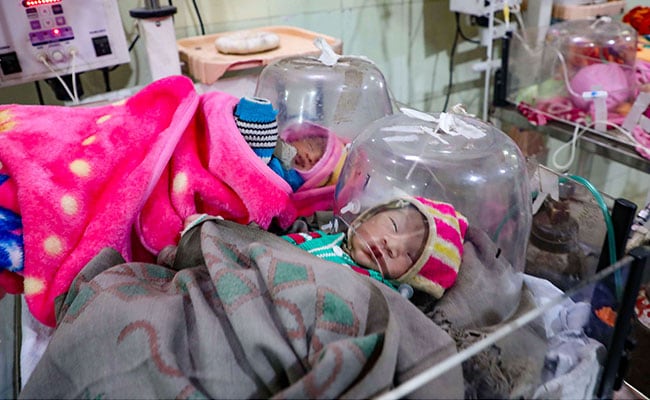 Nine babies died on the last two days of December taking the total number of deaths in the month to 100.

The Congress told the Bharatiya Janata Party (BJP) today to not do politics over the death of children in the JK Lon Hospital in Rajasthan's Kota district, where over 100 babies died in December.

Congress Rajasthan in-charge Avinash Pande said: "The party is trying to divert attention from the main issues, and there should be no politics on it. The Chief Minister has invited the Union Health Minister to the state."

"We are saddened by the death of children in the hospital, the Chief Minister is also upset and has sent the health minister to Kota," said Mr Pande.

She had directed the Chief Minister to act and make the necessary arrangements so that the death of infants could be prevented.

Facing criticism from various quarters, Rajasthan Chief Minister Ashok Gehlot tweeted on Thursday: "I welcome specialist delegation of Central government and the state is committed to make Rajasthan 'Nirogi'. The government is sensitive towards the deaths of the children and there should be no politics into it, and in Kota the mortality rate has come down."

Mr Gehlot also said that when he was in power in 2011, he had got the ICU unit installed in the hospital.