TDP national spokesperson Dinakar Lanka alleged that the Modi government failed to give bullet proof vehicles to the CRPF which could have prevented the attack on a paramilitary convoy on February 14 in which 40 personnel were killed. 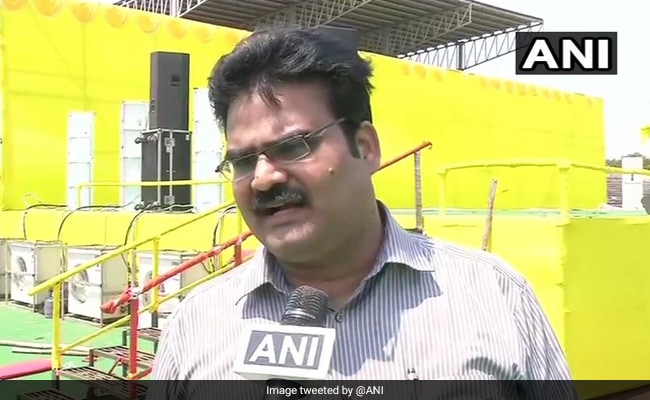 BJP is "not a bad party and that the Modi-Shah duo are ruining it": TDP's Dinakar Lanka

The Telugu Desam Party (TDP) on Sunday said the Narendra Modi government, which was "quick to take credit for the Balakot airstrikes", should also take responsibility for the terror attack in Jammu and Kashmir's Pulwama district.

TDP national spokesperson Dinakar Lanka alleged that the Modi government failed to give bullet proof vehicles to the CRPF which could have prevented the attack on a paramilitary convoy on February 14 in which 40 personnel were killed.

"The attack on a CRPF bus in Jammu and Kashmir's Pulwama happened due to negligence on the part of the government. Defence Minister Nirmala Sitharaman inaugurated bullet proof buses for the CRPF on September 7, 2017. There are 200 such vehicles in the inventory of the Defence Ministry, but the forces haven't got them yet. Where are those buses?" he asked.

The Narendra Modi government was quick to take credit for the valour of the armed forces, but has failed to ensure their safety, he alleged.

Mr Lanka also said that his party will win more than 20 out of the 25 Lok Sabha seats in Andhra Pradesh and will play a pivotal role at the Centre.

The TDP had won 15 seats in the 2014 elections in an alliance with the BJP and actor-turned-politician Pawan Kalyan's Jana Sena party.

Eying the role of a kingmaker at the Centre, TDP president Naidu has been travelling around the country, rallying opposition parties against the BJP.

Asked if going solo in the elections will cost the TDP, Mr Lanka said his party lost minority votes due to the alliance with the BJP in 2014. "Going solo will benefit us."

The TDP leader alleged both the Congress and the BJP cheated the people of Andhra on the issue of special category status, but "Rahul Gandhi's party has passed a resolution to meet the demand if voted to power".

Asked about PM Modi's remarks that Mr Naidu parted ways with the NDA after the Centre asked him to give an account of central funds, Lanka said he should tell how much he spent on his foreign trips.

He said the BJP is "not a bad party and that the Modi-Shah duo are ruining it".

Simultaneous polls will be held in Andhra Pradesh on April 11 for 25 Lok Sabha seats and to elect the new 175-member Assembly.

On Sunday evening, West Bengal Chief Minister Mamata Banerjee and her Delhi counterpart Arvind Kejriwal will address a rally along with Naidu at the Indira Priyadarshini Municipal Stadium in Visakhapatnam.

In 2014, Prime Minister Modi, Chandrababu Naidu, Venkaiah Naidu and Kalyan had addressed a rally at the same venue, seeking mandate for the TDP.

Mr Kejriwal had also campaigned for Mr Naidu in Vijayawada on March 28. Earlier, National Conference President Farooq Abdullah had attended public meetings in support of Naidu in the state.

A defeat in the assembly elections would be a setback to Mr Naidu's ambition of playing the kingmaker at the Centre.