The Congress issued a three-line whip to its MPs last night, with Parliament's winter session to begin in two days with the bill to scrap the farm laws among 26 listed for passing

The winter session of Parliament is scheduled to begin Monday, November 29 (File)

A bill to repeal the three farm laws will be tabled by Union Agriculture Minister Narendra Singh Tomar in Parliament on Monday, and the BJP has issued a whip to its Lok Sabha MPs to be present on the day.

A whip to its Rajya Sabha MPs was issued earlier.

The Congress issued a three-line whip to all its MPs (Lok Sabha and Rajya Sabha) last night.

Parliament's winter session begins in two days, with the bill to scrap the farm laws among 26 listed for passing. Others include the contentious cryptocurrency bill and another to reduce the government's stake in public sector banks from a majority of 51 per cent to just 26 per cent.

The bill to scrap the farm laws - which were passed in last year's monsoon session and have been the subject of fierce protests since - was cleared by the Union Cabinet this week, and will be closely scrutinised by an opposition set on interrogating the government every step of the way.

The government's (unexpected) decision to recall the laws came amid incessant protests by farmers across the country, who say the three laws will leave them at the mercy of corporate interests and threatens the MSP (minimum support price) scheme.

The decision to scrap the laws also comes months before Assembly elections in key north Indian states, including Punjab and Uttar Pradesh, where farmers' votes are key. 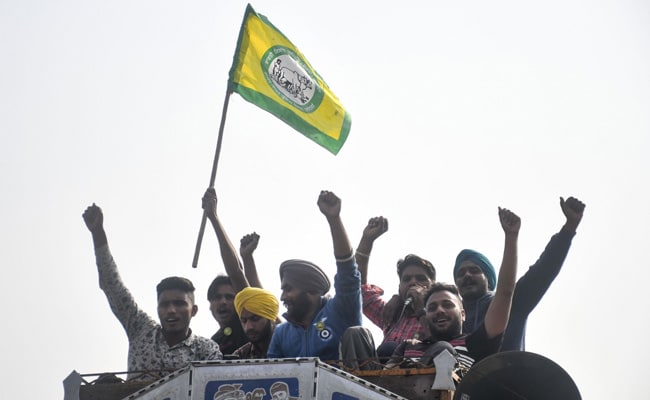 The timing has raised questions from the opposition, who have linked it to the BJP's widely perceived image problems, particularly in UP, where incidents like the running over of four farmers at Lakhimpur Kheri (allegedly by a convoy led by a union minister's son) have not helped the party.

Meanwhile, across the aisle, the opposition is in a huddle of its own.

The Congress yesterday held a meeting of its Parliamentary group that was chaired by Sonia Gandhi, and the party (backed by over a dozen other opposition outfits) boycotted a Constitution Day event led by Prime Minister Narendra Modi in the first exchange of fire ahead of the winter session.

Apart from the Congress and the Trinamool Congress, the parties that stayed away included the Shiv Sena, the NCP, the DMK, the RJD and the Left.

The farmers - who marked the one-year anniversary of their protests yesterday - have declined the Prime Minister's urging them to stand down at this time. They have indicated they will continue to protest until the three laws are formally scrapped, and another to guarantee MSP is passed.

The government has not, so far, made any comment on a bill for MSPs.

Farmers have announced they will they will march on Parliament on Monday - 60 tractors and over 1,000 people, according to farmer leader Rakesh Tikait - to underline their resolve in this matter.