The key leaders of the BJP will meet in state capital Jaipur for an organisational and strategy session that begins on Friday. Prime Minister Modi will address the meeting virtually at 10 am. 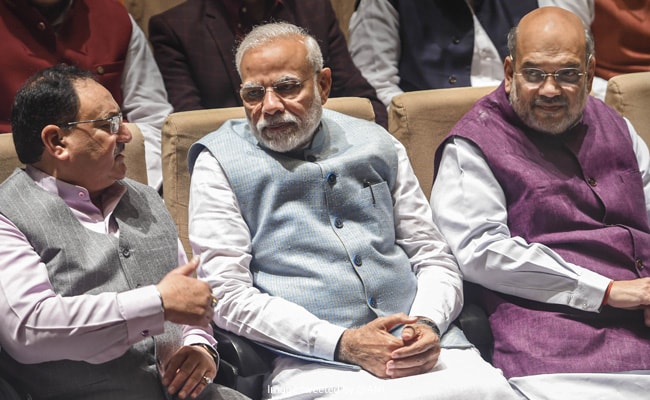 Rajasthan, which hosted the Congress "Chintan Shivir" last week, will now be the venue for a three-day top-level meet of the BJP. The key leaders of the party will meet in state capital Jaipur for an organisational and strategy session that begins on Friday. Prime Minister Narendra Modi will virtually address the opening session virtually at 10 am, said senior party leader Arun Singh.

The meeting -- to be attended by more than 136 delegates including national office bearers, state party chiefs and organisational secretaries -- will be chaired by BJP president J P Nadda. The meeting will also be attended by former chief ministers and Union ministers.

Sources said the meeting, besides focussing on organisational issues, will also look at the preparations for the next string of assembly elections this year and the next.

Elections are due in Rajasthan next year. It will be preceded by polls in Gujarat.

For the party, the battleground in Rajasthan will be crucial as it tries to bring various factions under one umbrella to unseat the Congress, which has been ruling the state.

Sources also said the leaders will also discuss the strategies for the next Lok Sabha election, due in 2024, the celebration of eight years of the Modi government and strengthening of the party organisation at the booth-level.