The BJP ran into trouble with its local workers after it fielded a number of leaders who changed camp from the state's ruling Trinamool Congress. 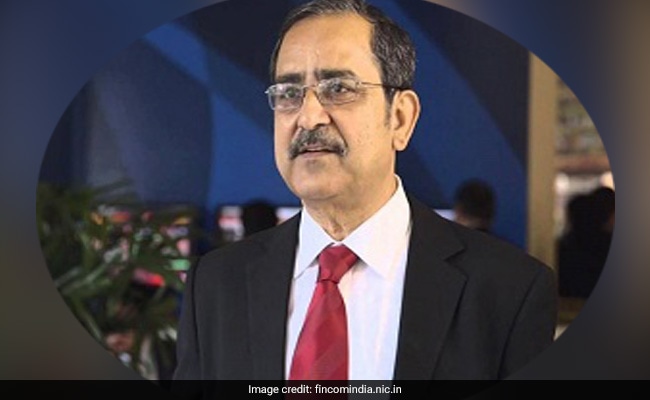 There is expectation that Ashok Lahiri might be fielded from Balurgat, sources said.

The BJP on Thursday pulled out its candidate, the former Chief Economic Advisor Ashok Lahiri, from the Alipurduar seat in north Bengal after intense protests from the local party supporters who described him as an "outsider". Named in the first list of the party, Mr Lahiri was replaced with local strongman Suman Kanjilal in the list released on Thursday.  Mr Lahiri, sources said, is expected to be among the last tranche of candidates fielded by the BJP.

The party is yet to announce candidates for five seats -- Balurghat, Rashbehari, Darjeeling, Kurseong and Kalimpong.

Sources told NDTV that Mr Lahiri was pulled out of the Alipurduar seat in north Bengal as there was a conflict of caste interests. He will most likely be fielded from Balurghat in the South Dinajpur district.

Mr Lahiri's candidature was much publicized by the BJP, which has been fielding eminent citizens and credible urban Bengali faces in hopes of receiving support from the state's intelligentsia and getting rid of the "outsider" tag bestowed on it by the Trinamool Congress. So far, the party has named several artistes, a scientist and five MPs, one of them being Union Minister Babul Supriyo.

The party, however, ran into trouble with its local workers after it fielded leaders who changed camp from the state's ruling Trinamool Congress.

On Monday, protests broke out at several places, including its election office in Kolkata, where police finally used batons to control the situation.

Angry supporters had gathered at the party's election office where they heckled senior leaders Mukul Roy, Arjun Singh and Shiv Prakash. They were joined by protestors from Howrah's Udaynarayanpur.

In the evening, crowds poured in from Raidighi in South 24 Parganas. Agitated BJP workers ransacked the party office at Singur and the BJP's district headquarters office at Chinsura -- both in Hooghly district.

The BJP had called it a "temporary situation" but was forced to change the candidate in Alipurduar, part of its stronghold in north Bengal.

Mr Lahiri was a member of the 15th Finance Commission and had worked with former finance ministers Yashwant Sinha and P Chidambaram.