Shashi Tharoor was commenting on the government terming Nupur Sharma and Naveen Kumar Jindal as 'fringe elements' after a row over their remarks on Prophet Muhammad. 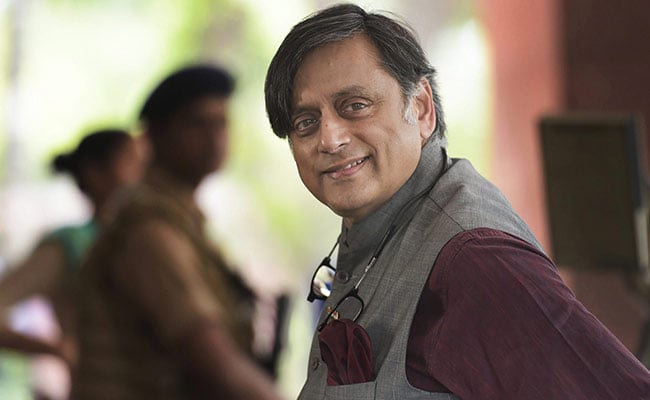 Congress MP Shashi Tharoor indulged in some clever wordplay again on Twitter, this time seeking to accuse the "fringe" of having "singed" the nation. The reference was apparently to BJP's since-suspended spokesperson Nupur Sharma and since-expelled leader Naveen Kumar Jindal, who have been described as "fringe elements" by the government after their remarks on Prophet Muhammad caused international outrage.

Shashi Tharoor wrote, "They've been a 'binge' too long. And some of them are 'unhinged'. In the process the nation has been 'singed'."

The Congress leader was responding to a tweet by a user named 'Ria Vesta', who had tagged him: "When 'fringe' elements make you 'cringe' nationally as well as internationally isn't it a clear indication that they've gone too far and must be halted before further damage is done?"

Agreed! They've been a “binge” too long. And some of them are “unhinged “. In the process the nation has been “singed”. https://t.co/dYmwRKydvC

The word 'fringe' has been trending on social media to question the government's response to Qatar, Kuwait and other such countries, in which it has said that the controversial remarks about the Prophet were made by "certain fringe elements".

Those apparently being called "fringe" were regular BJP representatives on TV channels and held party posts.

Nupur Sharma, who was BJP's national spokesperson, made her remarks on a TV channel. She has since been suspended from the party. After alleged death threats, she has been given protection by the Delhi Police.

Naveen Kumar Jindal, who was head of the Delhi BJP's media unit before being expelled from the party, had tweeted his remarks under question.