"If there was any recession, we would have come here wearing kurta and dhoti not coats and jackets," BJP leader Virendra Singh said. 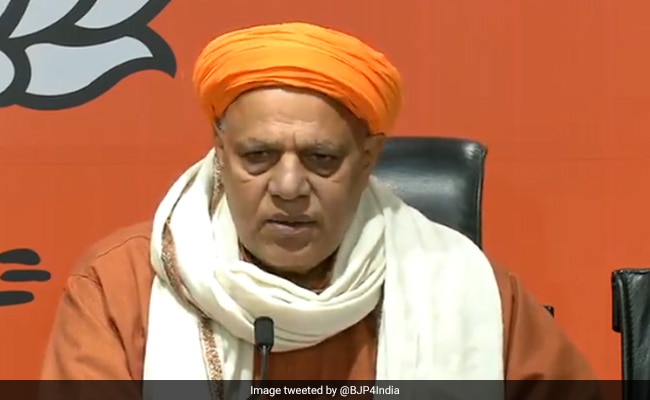 Virendra Singh is an MP from Uttar Pradesh's Ballia district.

An Uttar Pradesh BJP MP has said that people wearing coats and jackets instead of the traditional ''kurta'' and ''dhoti'' shows that there is no recession in the country.

"There have been discussions in Delhi and the world, about a recession. If there was any recession, we would have come here wearing kurta and ''dhoti'', not coats and jackets. If there was a recession we would not have bought clothes, pants, and pajamas," Virendra Singh, MP from Uttar Pradesh's Ballia district said.

The BJP leader added that India is the country of villages and not just metropolitan cities.

"I want to inform you that this country is a country of 6.5 lakh villages and not just cities like Delhi, Mumbai, and Hyderabad. Mahatma Gandhi, Dr. Hedgewar, Shyama Prasad Mukherjee and Jai Prakash Narain had expressed confidence in the villagers and helped the country gain independence," he added.

The opposition has repeatedly attacked the BJP-led government over mismanagement' of the economy.

Government data released last month showed that retail inflation had risen to 7.35 percent in December 2019 as compared to 5.54 percent in the previous month.