The incident comes barely a week after BJP legislator Akash Vijayvargiya was arrested for assaulting a civic official with a bat in Indore in Madhya Pradesh. 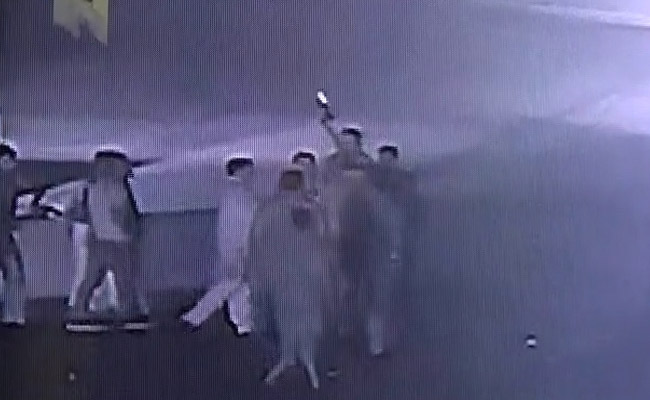 A case has been filed against a BJP lawmaker from Uttar Pradesh after his security staff assaulted toll plaza employees in Agra early this morning. The lawmaker has, however, claimed that the security personnel had retaliated in "self-defence" after they came under attack from the toll plaza employees.

The video of the incident shared by news agency ANI showed security personnel of BJP MP from Etawah, Ram Shankar Katheria, manhandling toll plaza staff in the presence of a policemen. One of the security personnel also fired in the air from his gun during the argument with the toll staff. A man, who appeared to be supporter of the BJP leader, is seen kicking a toll booth staff as a policeman is seen grabbing the staff by the collar.

The incident took place when Mr Katheria was going to Etawah from Agra at around 03:52 am on Saturday, ANI reported.

#WATCH Agra: Security Personnel of BJP MP and Chairman of National Commission for Scheduled Castes Ram Shankar Katheria, thrash toll plaza employees and fire in the air after an argument. Katheria was also present at the spot pic.twitter.com/W8g5Wo4bN6

According to the complaint filed by toll employees, the convoy of Mr Katheria consisted of five cars and a bus beside his car.

"One of our colleagues appealed to (Ram Shankar) Katheria's convoy to move their cars one by one through the toll plaza to avoid any damage to the vehicles. But the security personnel didn't listen and started thrashing the employee on duty. One of the employees came to me and asked for help. When I came to the spot, they also thrashed me with sticks and threatened to shoot with a gun. If anything happens to me in future, (Ram Shankar) Katheria will be responsible as I am now getting pressure to quit the job," said one of the toll employees.

The lawmaker, however, has claimed that his security personnel were attacked by the toll plaza employees and they retaliated in "self-defence"

"My security did not attack toll plaza employees, they first attacked my people. Toll employees did not know other cars were part of my convoy; they thought some other car is slipping through behind mine. My security guard only fired in self-defence," Mr Katheria told media.

The incident comes barely a week after BJP legislator Akash Vijayvargiya was arrested for assaulting a civic official with a bat in Indore in Madhya Pradesh.

Prime Minister Narendra Modi had strongly disapproved Mr Vijayvargiya's actions, asserting that such actions will be not be tolerated by the party.

"What kind of language is this," a furious PM reportedly said, asserting that such leaders should be expelled, "no matter whose son".