A four-time Lok Sabha member, Mr Khurana also served as the governor of Rajasthan from 14 January 2004 to 01 November 2004. 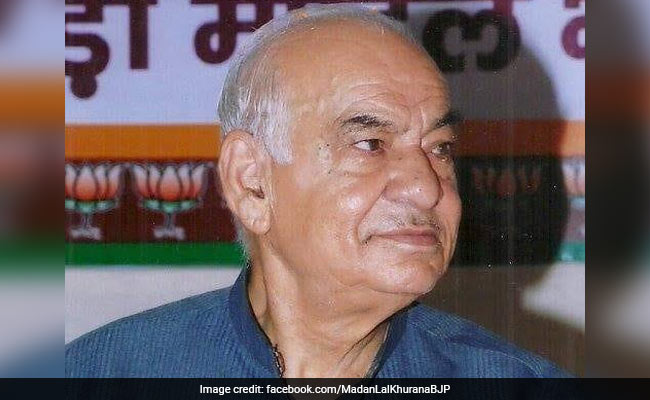 Madan Lal Khurana died at the age of 82 in New Delhi.

Former Delhi Chief Minister Madan Lal Khurana died at the age of 82 on Saturday night. Mr Khurana, who was a member of the RSS and the BJP, became Delhi's Chief Minister in 1993. Madan Lal Khurana resigned in 1996 in the wake of the hawala scandal, three years into his term. A four-time Lok Sabha member, Mr Khurana also served as the governor of Rajasthan from 14 January 2004 to 01 November 2004.

The body of former Mr Khurana will be kept at Delhi BJP office today around 12 pm for people to pay last respects.

Here are the updates on the tributes pouring in for Madan Lal Khurana:

Oct 28, 2018 09:39 (IST)
"Sad to hear of the passing of Shri Madan Lal Khurana. As Chief Minister of Delhi, Governor of Rajasthan and Union Minister, he contributed immensely to public life and particularly to the well-being of the national capital and its people," President Ram Nath Kovind tweeted.
Oct 28, 2018 08:38 (IST)
Prime Minister Narendra Modi, who is in Japan, paid tribute to Madan Lal Khurana. "Anguished by the passing away of Shri Madan Lal Khurana Ji. He worked tirelessly for the progress of Delhi, particularly towards ensuring better infrastructure. He distinguished himself as a hardworking and people-friendly administrator, both in the Delhi government and Centre," PM Modi tweeted.
Oct 28, 2018 08:25 (IST)
Delhi Deputy Chief Minister Manish Sisodia condoled Madal Lal Khurana's death and said a two-day state mourning will be observed.
"We all are deeply saddened to hear of the demise of veteran leader & former CM of Delhi Shri Madan Lal Khurana ji.  As a mark of respect to the departed soul, state mourning shall be observed by Delhi govt for 2 days," Mr Sisodia tweeted.
Oct 28, 2018 02:48 (IST)

Delhi: Visuals from outside the residence of former Delhi Chief Minister Madan Lal Khurana. He passed away earlier tonight. He was 82 years old. pic.twitter.com/7nGyEMMpMC 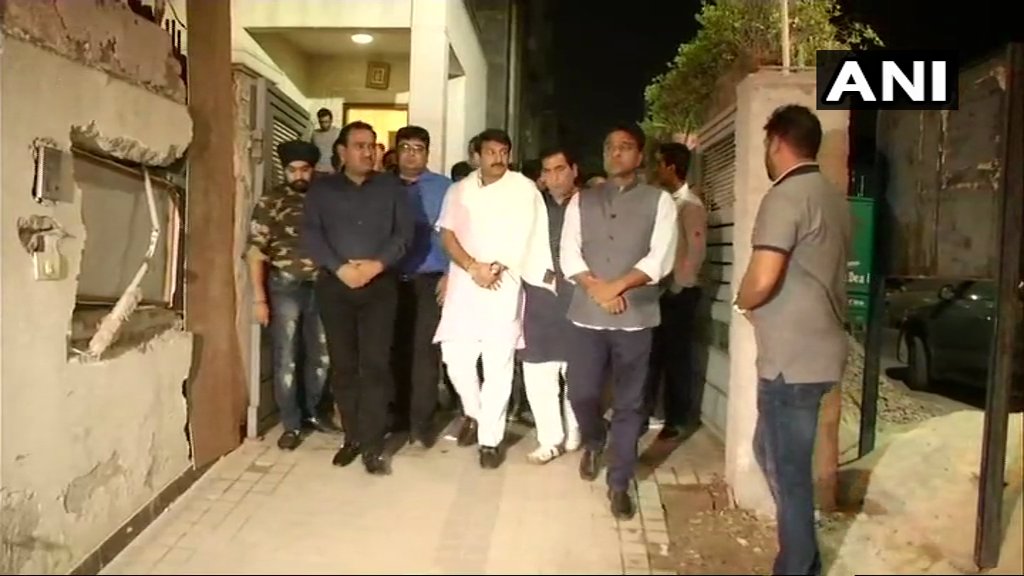