Mr Somaiya said he spoke with Minister of State in the Prime Ministers Office (PMO) Jitendra Singh earlier in the day and requested that the Central Bureau of Investigation (CBI) takes strict action against the brothers. 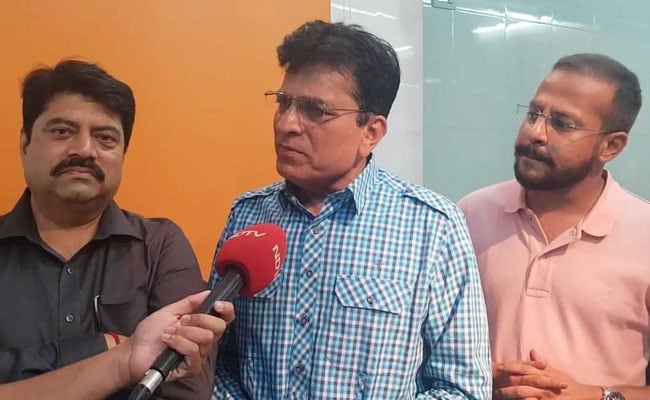 BJP leader Kirit Somaiya today demanded strict action by the CBI against DHFL promoters Kapil and Dheeraj Wadhawan, both facing non-bailable warrants in a Yes Bank-related case, who are currently under quarantine for travelling during the coronavirus lockdown period.

Mr Somaiya said he spoke with Minister of State in the Prime Ministers Office (PMO) Jitendra Singh earlier in the day and requested that the Central Bureau of Investigation (CBI) takes strict action against the brothers.

A controversy erupted recently over the travel of the Wadhawan brothers and their family members and friends from Khandala in Pune district to Mahabaleshwar in neighbouring Satara district.

Principal Secretary (Special) of state Home Department, Amitabh Gupta, has been sent on compulsory leave for facilitating the journey of the Wadhawans.

"The Wadhawans will go to jail after the 14-day quarantine period. I spoke to union minister of state Jitendra Singh in the morning. I requested him that the CBI takes strict action," Mr Somaiya said in a video message.

"We will take care that the Wadhawans face strict action," he added.

The former MP also sought to know who helped the Wadhawans "hide" even after a non-bailable warrant was issued against them on March 17 (in connection with the Yes Bank case).

The CBI has asked the Satara district authorities not to release the Wadhawans, who were detained at Mahabaleshwar on Thursday, from a state-run quarantine facility without an NOC from the agency.

Mr Somaiya on Friday alleged that NCP chief Sharad Pawar had close ties with the Wadhawans, a charge denied by the party.