BJP leader Kailash Vijayvargiya's tweet on Congress chief Rahul Gandhi was taken down in the face of protests, but he has not apologised yet. 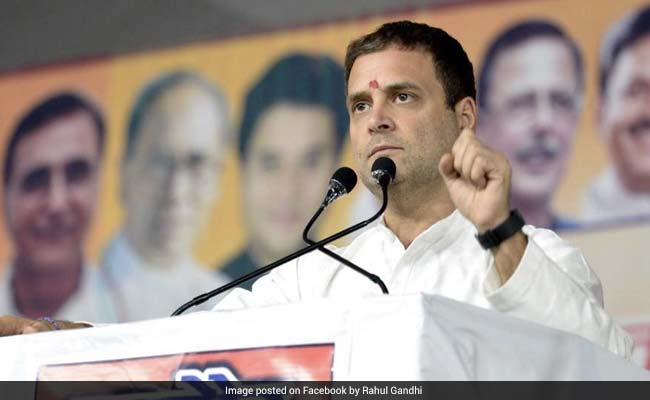 Stung by his party's electoral defeat in three major states across the Hindi heartland, BJP leader Kailash Vijayvargiya has attacked Congress president Rahul Gandhi's ascent in national politics by questioning his lineage in a near-abusive remark.

"A child born from a foreign woman can never be patriotic, nor have national interests at heart," the party leader said in a tweet, hashtagged #SaturdayMotivation.

Mr Gandhi's mother, Sonia Gandhi, is Italian by origin but has long proclaimed India as her "true country". Although the tweet was taken down in the face of protests, he has not apologised yet.

Congress spokesperson Priyanka Chaturvedi was quick to pounce on Mr Vijayvargiya's controversial tweet, stating that he is in urgent need of "mental treatment because the injury of defeat in the Madhya Pradesh election is deep". The party leader is a legislator from Indore.

Kailash Vijayvargiya was responsible for handling the BJP's election campaign in a part of Madhya Pradesh, where the party managed to win just 109 seats as opposed to the Congress' 114. Congress state president Kamal Nath has now been chosen for the chief minister's post.

This is not the first time Mr Vijayvargiya has courted controversy through his comments. In 2013, he allegedly justified rapes by saying that women who cross "certain lines" will end up paying the price. A few years later, he termed the Vyapam examination scam as a tiny issue that does not warrant a lot of attention.

However, even Madhya Pradesh Chief Minister Shivraj Chouhan was not above picking on Rahul Gandhi's lineage during poll campaigning. Last month, he used the lyrics of a famous song -- "Tum Tho Tehre Pardesi" -- by Qawwali singer Altaf Raja to allege that Mr Gandhi is more a foreigner than an Indian.